The 115,000 savers who lost their savings by investing in Cirio and Parmalat securities, professional football teams that are bankrupt and blackouts that left the country without electric power for many hours represent a series of problems and events joined by a single thread: the system of controls and controllers that, according to widespread opinion, is wholly inadequate. By now attention has shifted from the 'failures of the market' to the 'failures of regulation.' And the accused who have ended up in the dock are, above all, the new regulators, which is to say the constellation of Independent Authorities that emerged nearly all of a sudden in the institutional firmament in the 1990s and which now no longer shines. The wheel of fortune thus appears to be slowly moving backwards as far as the Independent Authorities are concerned, and risks sweeping away even what was - and is - positive in the model. With the perhaps excessive enthusiasm now dampened in the regards of machinery independent of politics, in recent debate over the failures of regulation nostalgia even surfaces for the old State planning in terms of controls over economic and financial activities. To try to clarify the terms of the issue, it may be opportune to first of all retrace the events that have marked the rise and now, perhaps, the decline of the model of the Independent Authorities; second, to examine the institutional position of the authorities and the interrelations with the other actors in the public arena. Among other things, the crisis of the Independent Authorities can be interpreted as a rethinking of a model that in any case has developed rather solid roots. It would be a serious mistake if in the aftermath of the failure of Cirio and Parmalat, just as in reaction to the blackouts and other failures of regulation emerged in recent years, effective countermeasures were not taken or the wrong measures were adopted on the basis of hasty diagnoses. In particular, it would be most unfortunate to assign the role of scapegoat to the Independent Authorities. 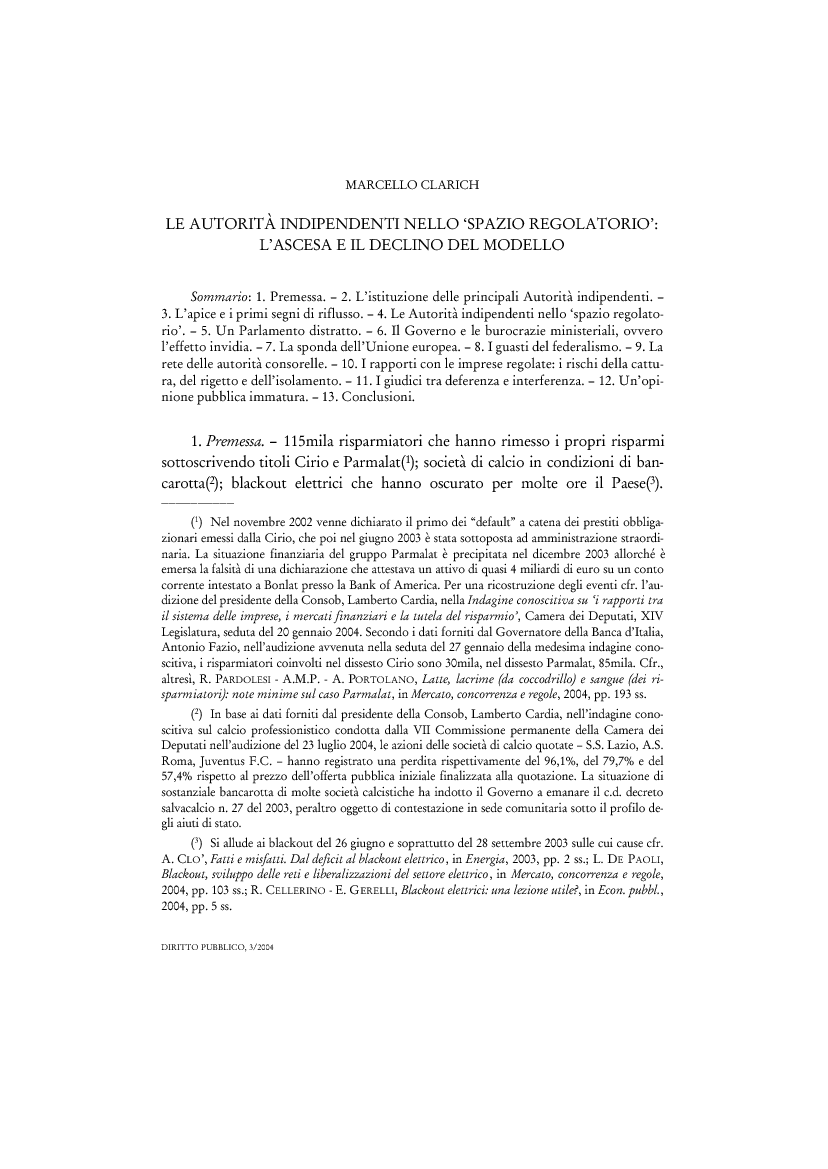