The juridical aspect of economic activities consistent with, or at any rate aimed at, making available vital electric power would lend itself to being studied under numerous profiles. Of primary interest seems to be an analysis of the traits characterising the present Italian legal regimen of power utilities that first of all assumes the European constitutional model of reference as its viewpoint and touchstone. There can be no doubt that the different activities necessary to meet the need for energy that constitutes the object of a fundamental social right are activities definable as 'services of general economic interest', according to the expression of European constitutional law. It can be stated that it is possible that certain companies are 'tasked with the management of services of general economic interest', which is to say, as can be deduced from Art. 16 of the ECT, of services whose distinctive quality is their 'role in the promotion of social and territorial cohesion'. Generally speaking, however, this does not imply any exception to the subjection of these activities to the rules of competition. As for that, the bringing about of competition is also to be considered a public interest. Besides, a hierarchy exists that includes the public interest in competition as well as other public interests. On the other hand, when an exception to the rules of competition is shown to be necessary, it may not go beyond what is strictly indispensable. Given the characteristics described above, it is evident that the correct implementation of a like model cannot but be difficult and hotly contested. The achievement of the goal appears to be a particularly arduous undertaking in a situation where it is necessary to overturn a consolidated pre-existent arrangement founded on a comprehensive public monopoly, and when certain situations of public monopoly can be considered 'natural.' A clear confirmation of what has just been stated is found in events related to the implementation in Italy of the European model in the energy sector, in particular electric power. 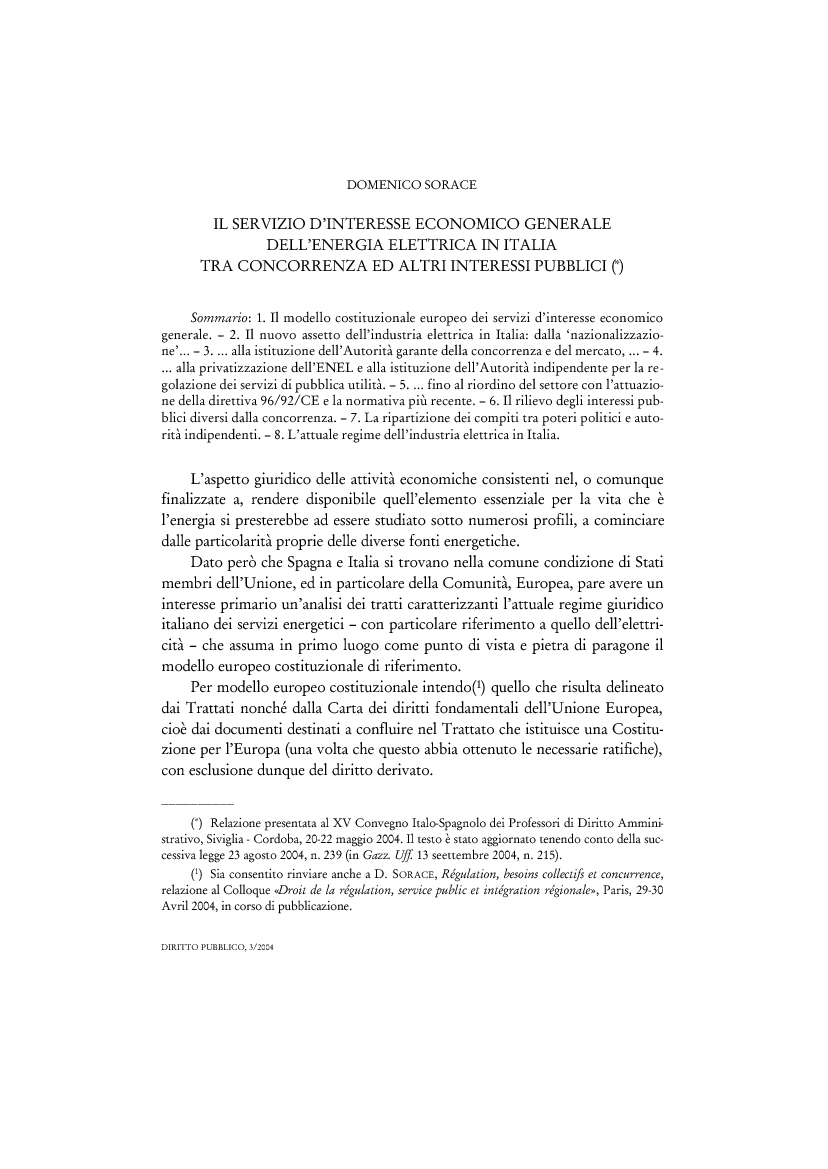