The unilateral reform of Title V of Part II of our Constitution by the Centre-Left majority in the XIII Legislature has caused, as by now is unanimously recognised, extremely serious consequences in political/institutional terms, among other things by having lent credit to the thesis that the Constitution can be overhauled even by just a slight majority. In addition to its unilateral nature and the scant majority by which it was approved, Constitutional Law n. 3 of 2001 is open to criticism because of its substantially 'one house' nature. The pivotal point of the general architecture of the reform of Title V is profoundly and indelibly marked by this two-fold flaw. The 'communications system,' which is included among the topics subject to current legislation, is significant in this sense. If, then, it is to the discipline 'of communications' (and not 'of communication') that reference must be made, it seems difficult to contest that the expression indicated in Art. 117, par. 3 exclusively concerns telecommunications and radio and television. 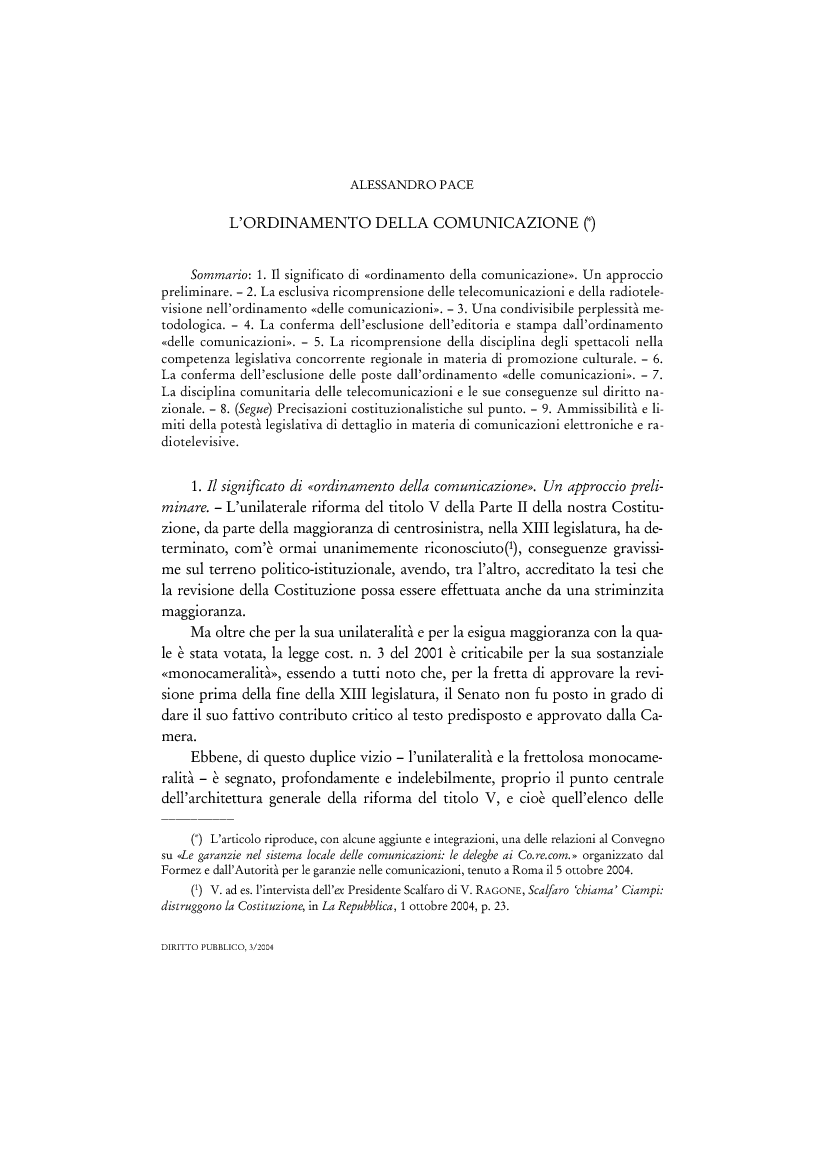