In a recent essay Ugo Rescigno espouses two theses that, taken together, sound somewhat surprising and implausible. On the one hand, he maintains, albeit with some caution, that the jurist is a genuine scientist. On the other hand, he maintains that the jurist is a co-legislator, which is to say that he 'co-operates in the construction of the law in force,' and, paradoxically, contributes to constructing it 'just because' he describes it. The two theses are incompatible for the obvious reason that science is, by generally shared (tacit) definition, a 'wertfrei', cognitive activity that is expressed in cognitive or descriptive language, while legislation is a practical, decision-making activity that is expressed in normative or prescriptive language. It is not plausible to liken scientific discourse to prescriptive discourse. It is even less plausible to liken legislative discourse to cognitive discourse (except, perhaps, subscribing to a certain form of natural law). If it is true that jurists content themselves with describing law, then it is false that they manipulate it; and if it is true that they manipulate it, then it is false that they limit themselves to describing it. A complete examination of the numerous intellectual operations habitually performed by jurists is obviously out of place. The work limits itself to examining three such characteristic operations: interpretation, the construction of dogmatic theses and the derivation of unexpressed norms. 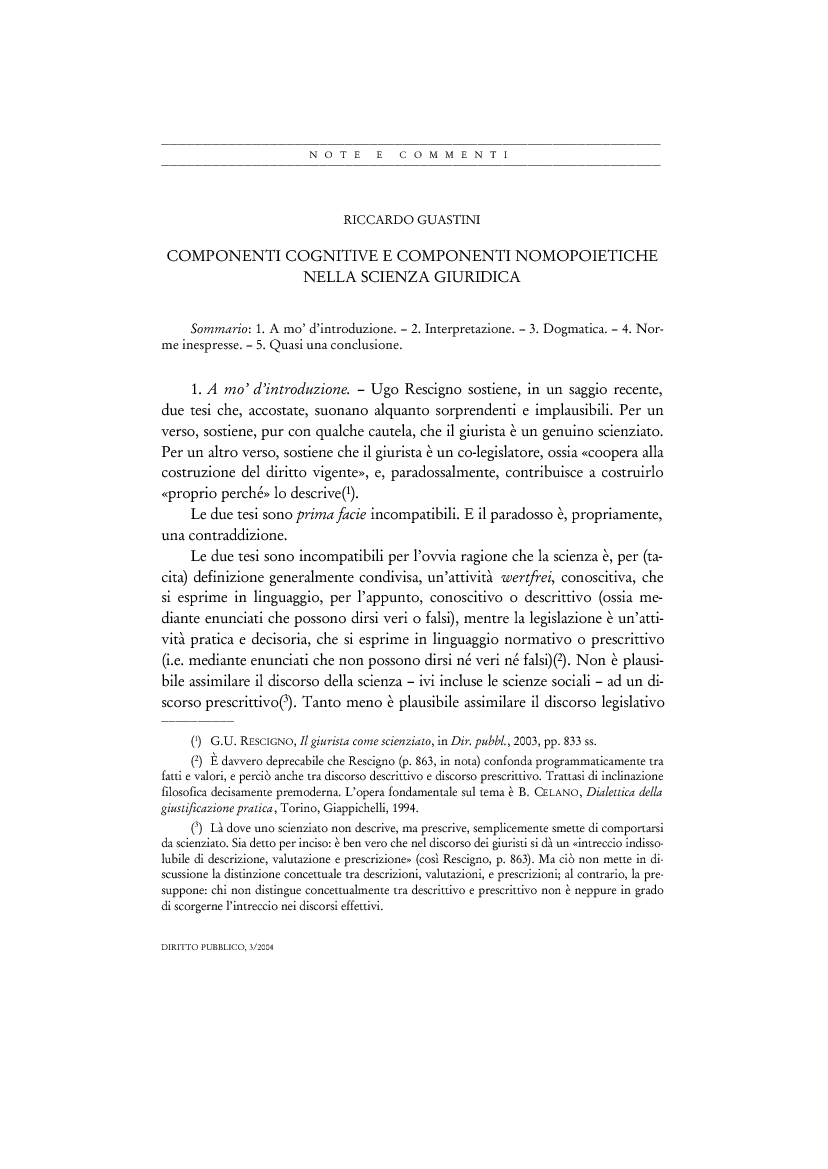