Like an underground river, the theoretical problem of the compatibility of judicial review and democracy emerges periodically. We can approach the problem in two different but complimentary ways. One way is to lay down a positive concept of democracy and the democratic decision-making process, then spell out what the Constitutional Court may not do. The other is to look at things from the Court's standpoint and ponder its concept of the democratic decision-making process, democracy and, therefore, its own role. Both paths lead to an identical outcome: democracy is the place where pluralism must be at once competitive and discursive. It follows that the task of democratic constitutions is to guarantee the free exercise of competitive practices (involving individuals, enterprises, lobbies, autonomous institutions, etc.), defining in a discursive way the conditions that make this possible. If this new paradigm is correct, we can grasp the current significance of constitutional law, judicial review and constitutional transformations that articulate the partial decline of the 'State of parties' and the rise of the 'multilevel republic.' 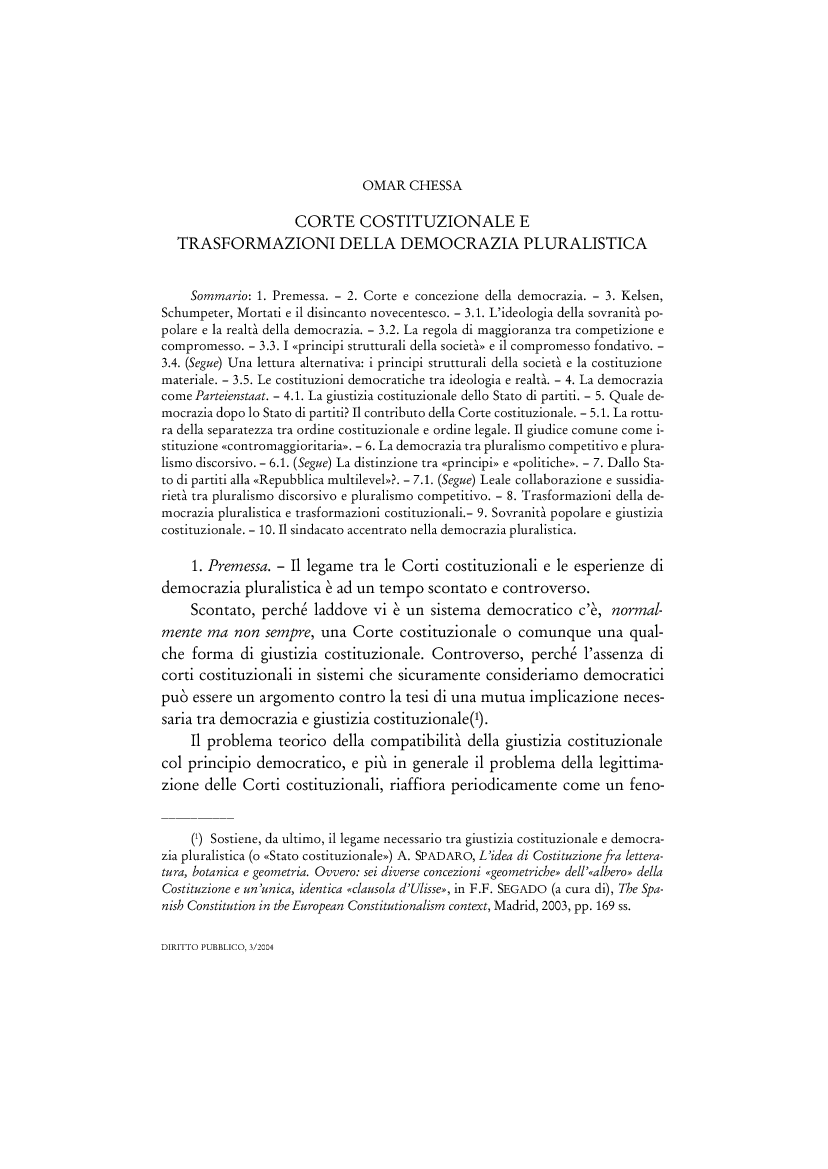