In dealing with an exegesis of the new constitutional provisions in relation to the so-called foreign power of the Regions, what is striking at first sight in comparison with the previous text is without a doubt the 'passage from a nearly complete lack of constitutional provisions to a (perhaps excessive) crowding of formulae, albeit within an ambit not objectively limited'. This turnabout, implying the constitutionalisation of the 'foreign' relations of the Regions, does not appear as simply the result of a sectional will to order, but instead as leading back to a broader, more ambitious attempt, pursued by constitutional lawmakers, to redefine relations and interdependencies between systems, following a type of logic, with aims unlikely to be achieved, more complex than merely binary, contained and handed down by articles 10 and 11 of the Constitution. The distinctive features of Regional foreign power seem, therefore, to be fully in keeping with the theoretical exigencies of what has been defined as 'transnational constitutionalism', characterised by a "dialectics of confrontation between the global network, on the one hand, that creates interconnections while at the same time fragmenting identities; and, on the other hand, the search for a unitary matrix, playing on the traditional unifying function of supreme constitutional values". The problem, then, is not the possible mutual interference of State foreign policy and that of the Regions, but an assessment of the suitability of the law of the State to act as a barrier, not only in procedural terms, but above all in substantive terms, to a dislocation of the government of the economy, which - far from the clamour of international subjectivity, whose weight would only be an obstacle to evident strategies of flexible accumulation - follows its natural bent of geographical diversification and decentralisation in an attempt to escape from the fetters of political power. 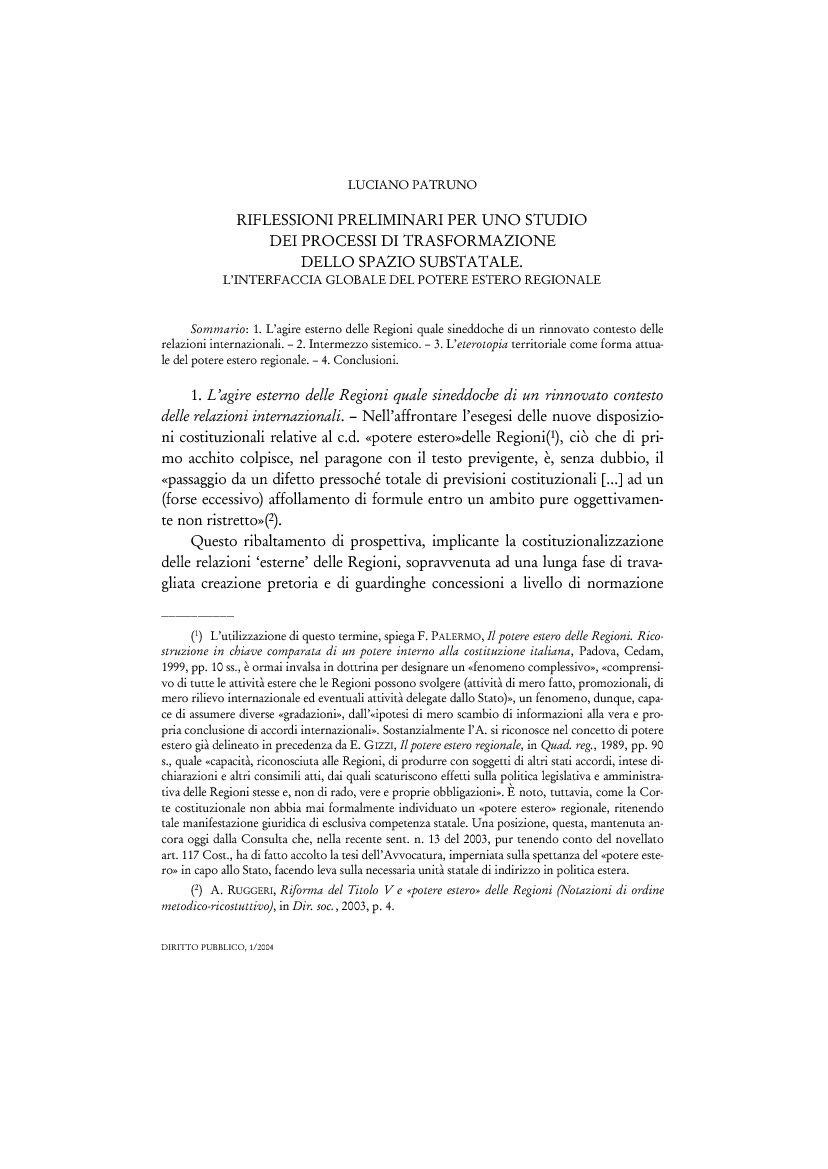