The essay enters into the fresh debate over juridical method taken up by this Review, among other things as a result of the meeting of the San Martino group (Siena, 2003). After having underlined the difficulty of the problem - including due to the underlying subject matter with which the issue at hand frequently gets confused (the nature of law) - the essay makes certain distinctions: the distinction between science and technique; between logic and science; and between scientific method and juridical method, configuring the latter as a sub-species of the former. The study goes on to analyse the application to law of the age-old dialectic between the deductive and inductive method, which in law translates into a dialectic between the normative and substantive approach, meaning between the primacy of norms or the primacy of principles. The author is partial to the substantive approach, but does not contest the scientific validity of the normative approach, with the exception of reservations as to its adequacy at the present time, above all in administrative law. In a context characterised by fragmentation, the authors re-proposes the method that has formed the basis for the birth of modern science: the breaking down of complex matters under examination and the search for the essential core thereof - a method that shuns the limits of both an anti-dogmatic approach and general theories founded on generalisations. 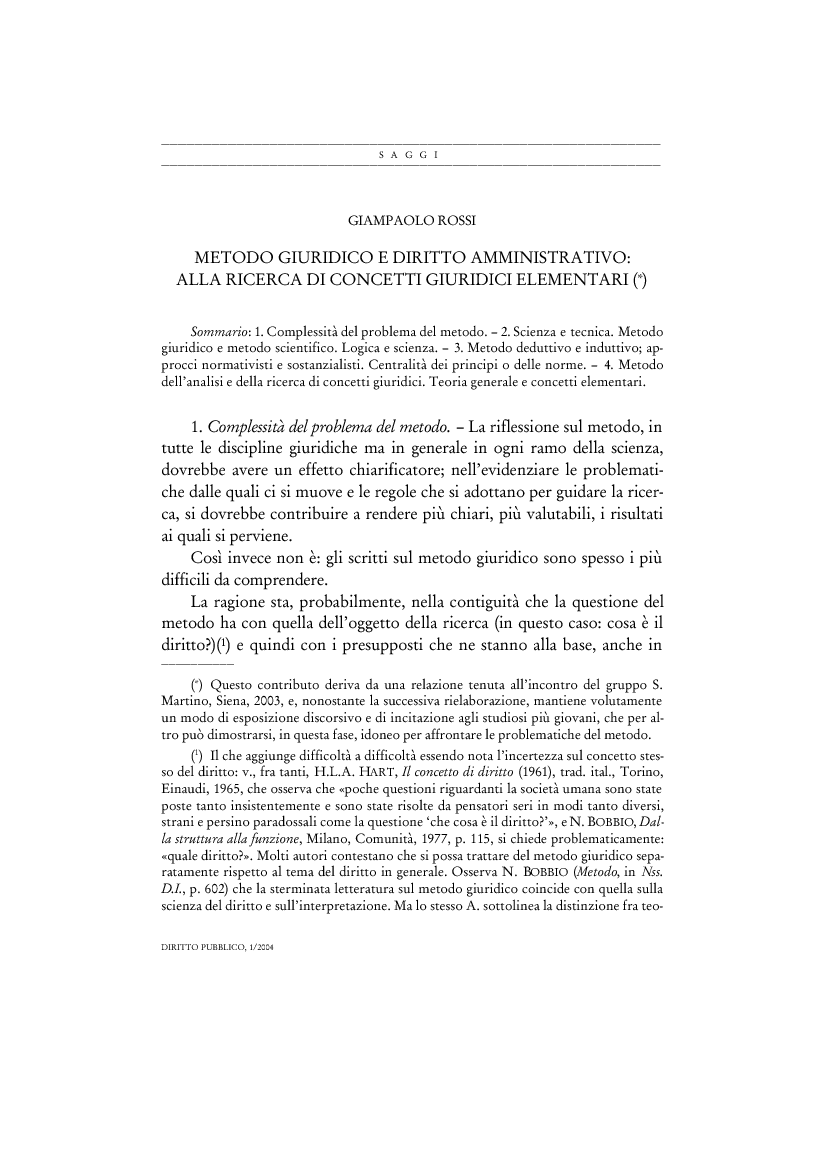