The huge advance represented by the passage from informatics to telematics enables informatics technology to enter into not only the economic world, but into the world of public administration as well. Telematics, in fact, is able to completely redefine relations among public administrations, and between these and private citizens. In brief, it is possible to rethink the entire "logic" of administrative action. It is possible to realise the grand design of "e-Government", to realise "electronic administration". All of this, however, leads us back to the question of organisational measures and to a normative discipline that goes beyond the mere "dematerialization" of documents. Electronic administration does not just mean making paperwork and mountains of documents disappear; it also means being able to rethink the logic of relations among public bodies, and between these and private citizens, by using informatics and telematics technologies. It means making relations between the public administrations and private citizens more efficient, and reducing the bureaucratic burden weighing on private companies and private citizens. In brief, it means co-operating in the realisation of the grand design of "e-Government" to replace "État-papier" with "État éléctronique". This is the context wherein the author examines the importance of the introduction of telematics in the providing of public services, the provision for tele-procedures in the area of public services, as well as the discipline of administrative tele-procedures, illustrating the significance thereof and the related problematic aspects. 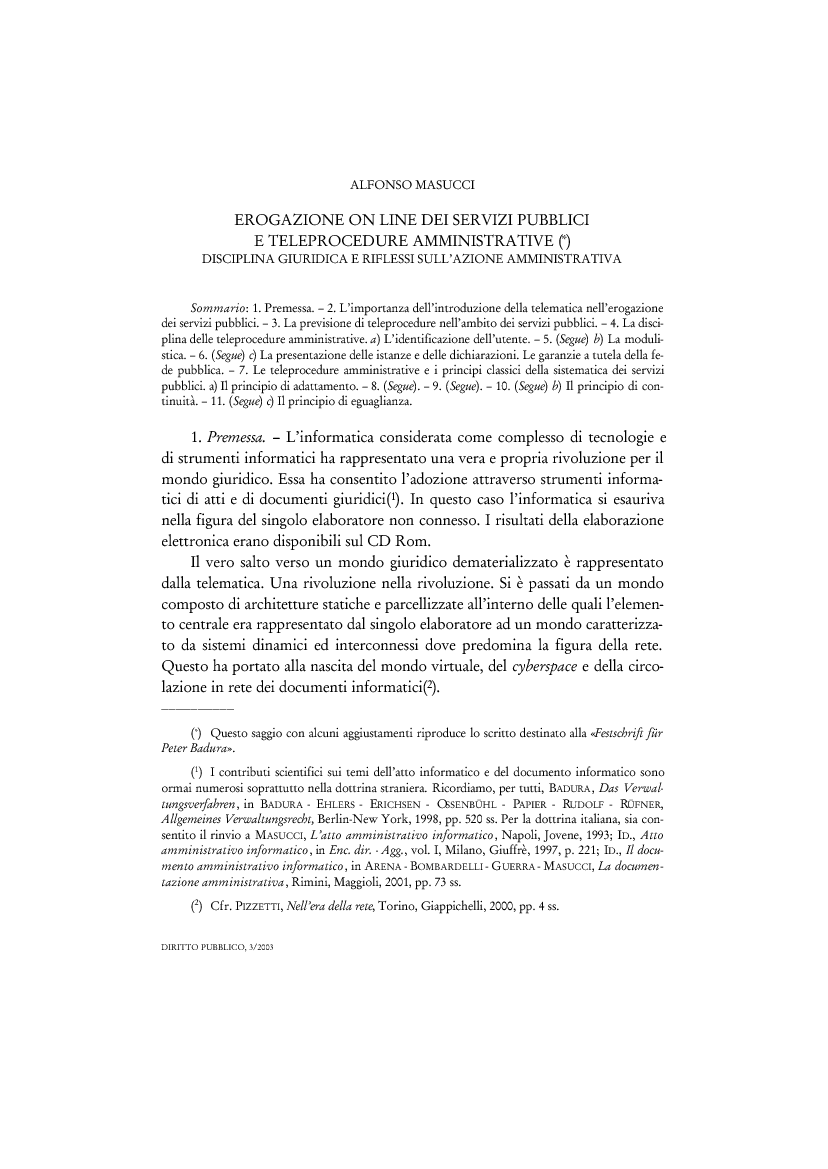