The author examines Legislative Decree n. 194 dated 6 September 2002 (converted, with alterations, into Law n. 246 dated 31 October 2002) whereby provisions of great importance for both the government accounting system and national budget were enacted. These provisions regard four different areas, as follows: they define the content of the laws whose implementation entails a financial burden; they introduce procedures for the reduction of outlays through administrative measures; they improve the instruments for the monitoring of financial matters; and they revise the content of money bills. Involved here are provisions whose intent is to achieve an effective control over progressive national government spending, but which in so doing also touch on constitutional issues, such as the relation between the budget and other laws, the content of laws where the financial coverage requirement applies, and Parliament-Government relations. The author's writing reconstructs the constitutional framework of the requirement that laws shall be financially covered, and in this context he examines the demand calling for disciplining establishing laws with automatic devices in terms of outlays, measures for the reduction of expenditures and the monitoring of financial activity, returning to the theme of the reconfiguration of the money bill. 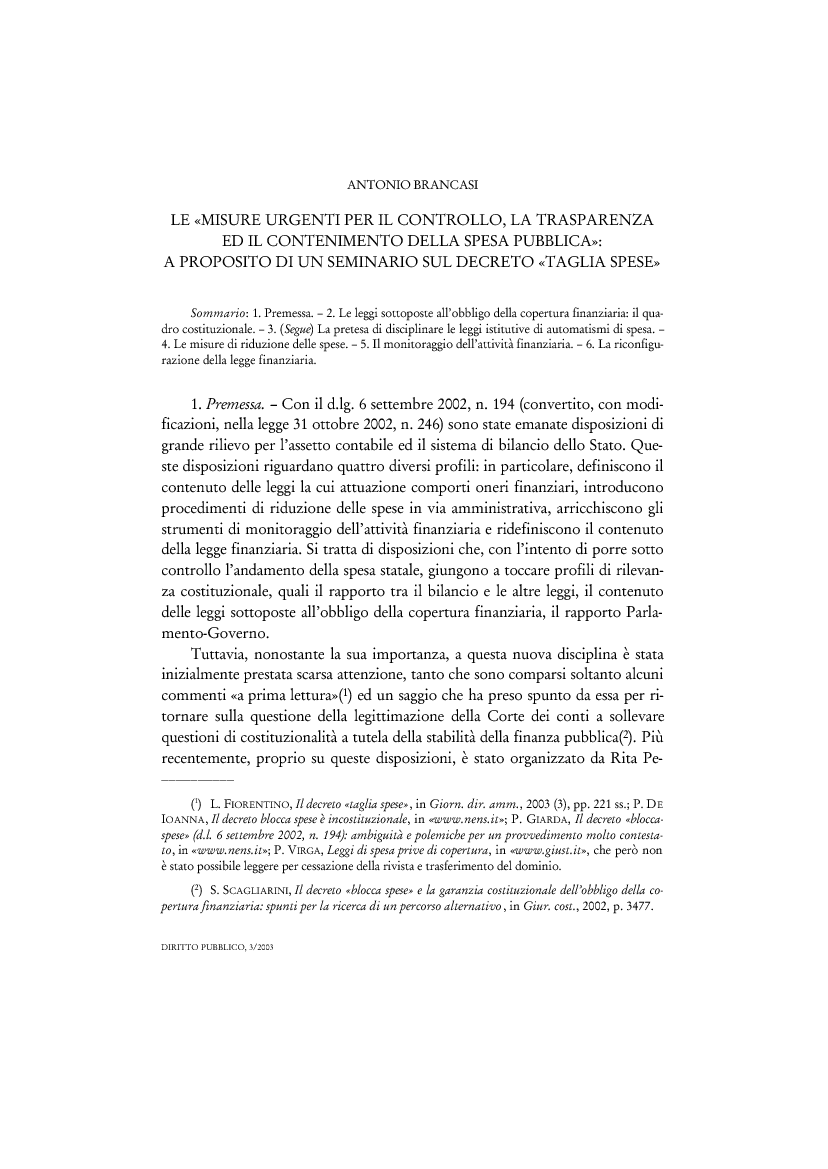