A principle of vertical subsidiarity is delineated in the new Title V of the Italian Constitution, which placed in the overall context of the reform, ends up essentially meaning "participation" - in particular, the participation of local government institutions (Communes, Provinces and Metropolitan Areas) in decisions in relation to its application. That is tantamount to saying participation in the process of drawing up the acts which will be required for the redistribution of administrative functions. At the Regional level the same reform has provided for an organ, the "Consiglio delle autonomie locali" (or Council of Local Autonomies, abbreviated as CAL), which appears to be a particularly apt seat for making possible such participation. If that is so, the revisers of Regional statutes will have to take it upon themselves to structure the organ (covered by statutory reserve under Art. 123, par. 4 of the Constitution) in a manner serving that end: the composition, competencies and legal value of the decisions reached in that seat will therefore have to guarantee a final distribution of administrative functions that is basically agreed upon by the Region and local government institutions. 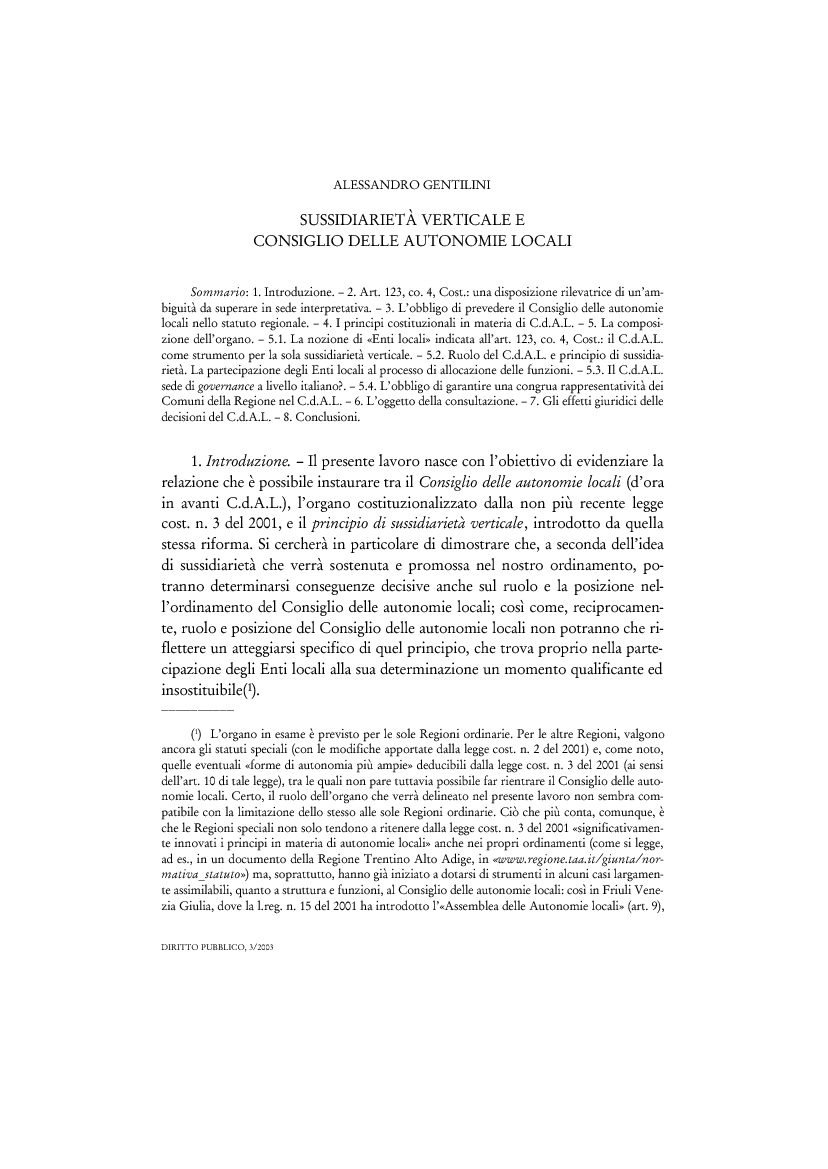