The author examines the re-arrangement of the distribution of competencies between the Union and the Member States in the project for a European Constitution that for some time had been perceived as one of the key difficulties in the integration process: the insufficient clarity regarding the basic approach to, and formulation of the matter, as well as doubts about its adequacy in terms of the changing times and the challenges posed by the expansion of the Union had induced the European Council in its Declaration of Laeken to indicate the same at the top of the list of problems to be dealt with; as for that, its importance is evident, since relations between European authority and the individual Member States will hinge on the very question of the manner of the division of powers of intervention, while its intelligibility plays a decisive role in the correct perception of the position and aims of the Union on the part of the citizens of Europe. The key problem was to introduce a system for the distribution of competencies - clearly founded on the principle of attribution and of the substantial conservation of Community "acquis" - that would be sufficiently precise, while at the same time maintaining adequate flexibility so as to make it possible for action taken by the Union to adapt itself to new challenges. Given the extent and importance of the area covered by competencies "shared" by the Union as such and the Member States, among the most troublesome points was to indicate punctually and effectively the presuppositions and criteria for the distinguishing of the respective powers of intervention, and especially the principles of subsidiarity and proportionality. Closely connected with the problem of the delimitation of competencies and explanation of the typology thereof, was that of subjecting the system to forms of effective political and/or jurisdictional control in order to preclude an unwarranted expansion of the sphere of intervention by the Union. The author performs his analysis by specifically dealing with the issue of the fundamental principles of the arrangement of competencies, the typology of the same, the profile of the "elastic clause" and control over its application, and the controls over the observance of the principles of subsidiarity and proportionality, as defined in the constitutional project elaborated by the Convention. 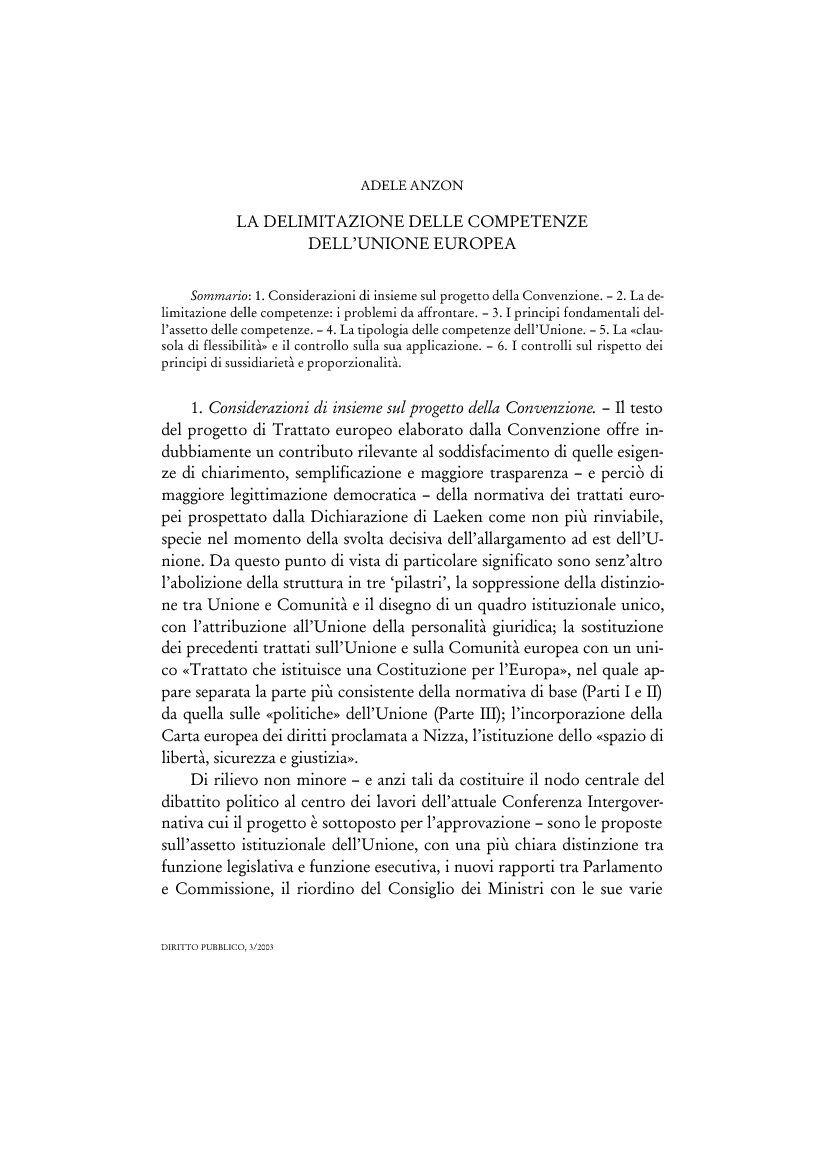