This contribution tends to highlight certain problematic aspects pertaining to the form of government of the European Union as it emerges from the constitutional text adopted by the Convention chaired by Valéry Giscard d'Estaing. The author's starting point is the conflict between the two forms of organisation (in the area corresponding to the first three titles of the second part of the Constitution of the Republic of Italy): the "independent administrative authority" (or "supreme authority") type and the "constitutional" type, then going on to pose the question of whether the contrast between supreme authority and "constitutional" underpinnings, based on the valorisation of the duality and on the structural strengthening of the European Council and of the Council of Ministers, does not perhaps correspond to the conflict between a vision more favourable to supranationality and therefore to the Commission, promoter of "the general European interest" as opposed to a perspective more concerned about the balance of supranationality and the representation of the interests of the Member States of the Union. The critical considerations made upon a first reading are certainly not put forward with the intention of a "détricoteur": even if in the author's view the results fail to meet every expectation, it would be absurd to deny that the text does constitute a satisfactory basis for final negotiations. In fact, the assessment that ought to be made is not in terms of the proposals most favourable to integration, but rather in terms of the original situation and the pre-existing institutional equilibrium, where the political dimension of the building of Europe was partially obscured by the "technocratic" character of the supreme authority, which is to say of the Commission. On the other hand, continues the author, making completely manifest the political projection with the pluralism of the institutions and their dialectical collaboration must not jeopardise Community acquisitions, as might happen should there be no progress in the extension of the qualified majority principle. 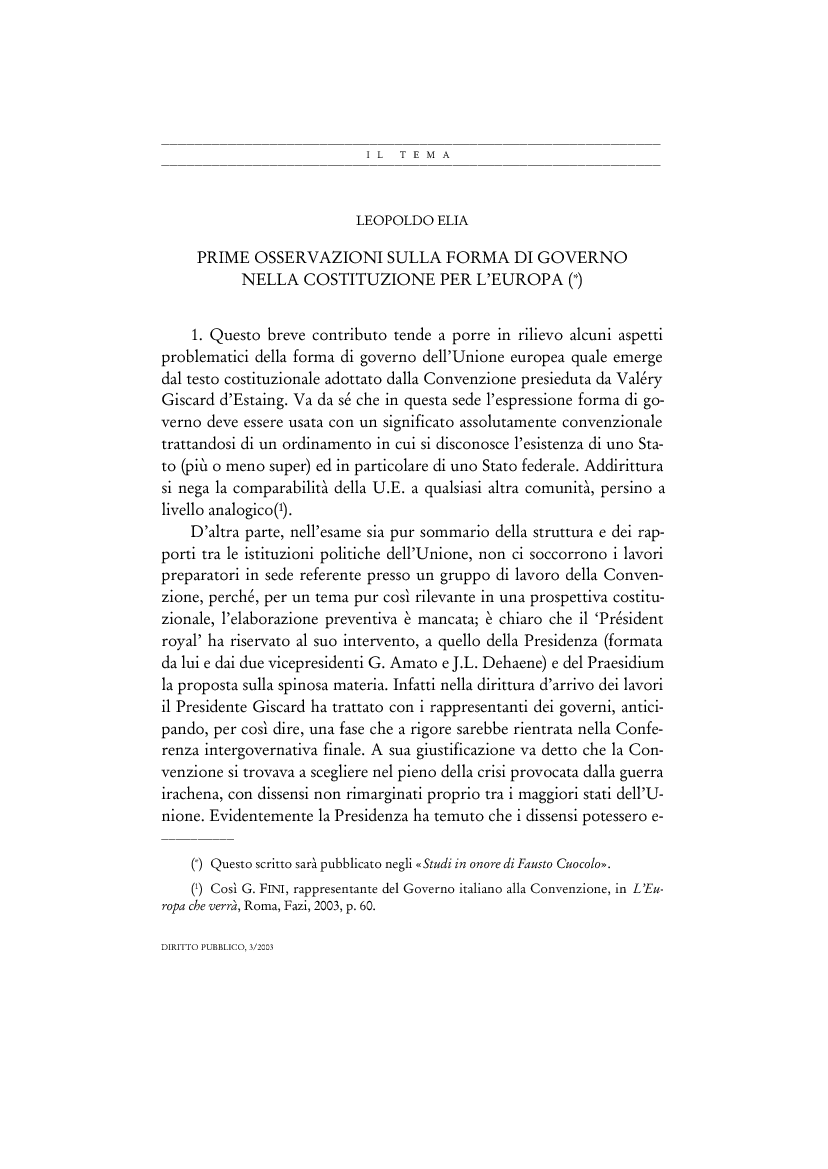