After the reform of Title V, Part II, of the Italian Constitution, art. 119 was commonly considered a fundamental part of the autonomist development of the Italian Republic. However, despite its undisputed centrality in the institutional system designed by the constitutional reform, art. 119 soon fell into oblivion. The study aims to identify the reasons for what can be considered a failure, also in order to understand if there is still way to remedy it. The events that occurred at the 2001 reform will be reread through the lens of Antonio Brancasi’s research, whose work is the only one that allows us to fully reconstruct the parable of art. 119, from its modification with respect to the original text, passing through its transfiguration, up to its oblivion 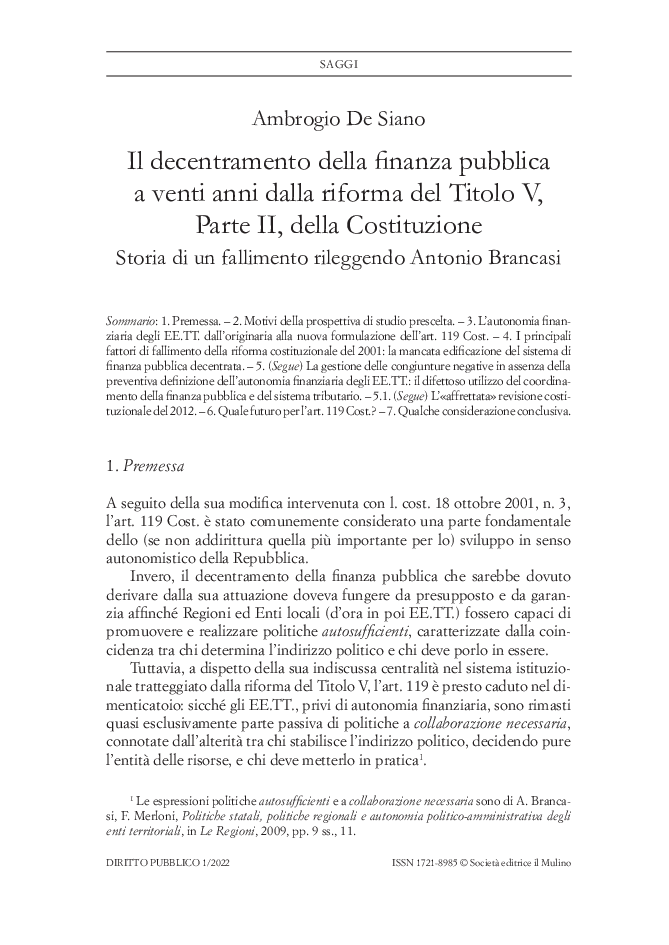