This article argues that by adhering to a political (non-foundationalist) notion of human dignity, one can best articulate an argument supporting specific social rights claims in court. In particular, this claim is articulated around the idea of status-dignity in the form of social status, which includes a relational component any person happens to hold in the different contexts of political, social, family, and so on, life. The fundamental requirement of status dignity as a workable legal principle is to recognise its expressive function, intended not only as belonging to the persuasive discourse whereby other principles are summoned but especially as carrying an illocutionary force effect. The latter means that the meaning of an act itself perpetrates dignitarian harm with no consequentialist considerations. Within this frame, expressive dignity in litigation around the welfare benefits sanction regime is discussed, taking the German constitutional case law on Existenzminimum as a benchmark. The argument goes that by taking expressive dignity seriously, the illocutionary effect of a regulation intended to force people to work is “objectivelyµ disrespectful and demeaning to the eyes of a fair and cooperative citizen. Above all, it expresses an action that casts a shadow of non-dignified status on the state 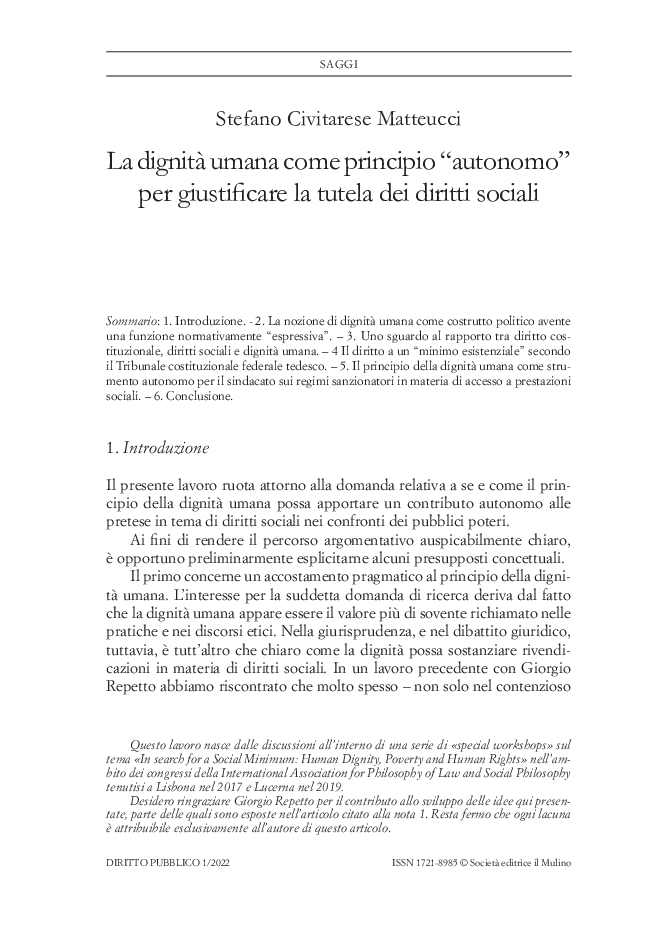