The ambiguity of the institutional form of Roma Capitale and the dissatisfaction with the flattening of the capital entity to the territorial bodies provided for in our Constitution required an investigation extended to the discipline of European capitals. Those examined (Berlin, London, Paris) are subject to special regimes, differently modulated according to the respective disciplines of local autonomy. Berlin is a city-state, which recognizes administrative autonomy (Selbstverwaltung) to the sub-articulations that make up its territory. In the plural order of the city of London, elected bodies and functional bodies coexist. In the reformed system of multilevel governance of the French capital, the presence of the state control has never been eliminated. 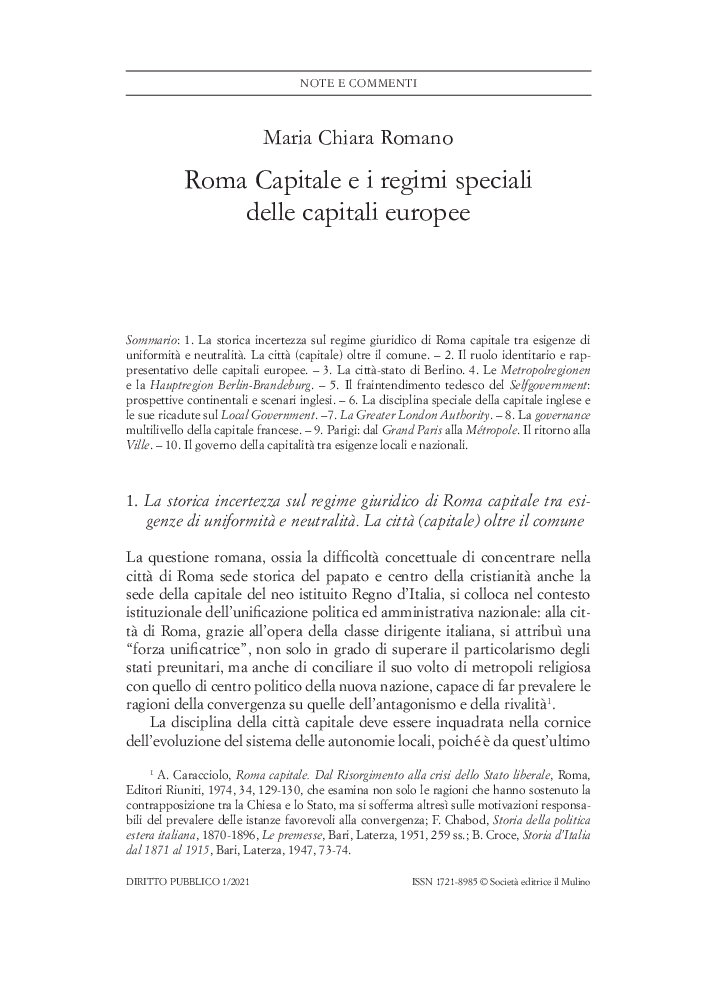