The 2008 economic crisis, which appears to be irreversible, is not only an economic crisis, but it is also a social crisis, and has revealed all the European Union (EU) economic and social policiesâ weaknesses. The paper analyses the relationship between the economic crisis (and the public budgetary constraints) and the use of urban spaces, underlining how the former has caused a proliferation of bottom-up initiatives (shared administration and active citizens, within the logic of the Â«enabling StateÂ»), which however are likely to create social exclusions (and human divide) in relation to the latter. The paper aims at showing that the negative consequences of the crisis have not yet found a suitable answer under a legislative and regulatory point of view, either at domestic or at EU levels. In such a scenario, in the paper it is shared the view that the role of public powers needs to be strengthened, starting with strategic plans, and that urban spaces (seen as urban commons) should be considered in a Constitutional perspective (Article 3, par. 2). 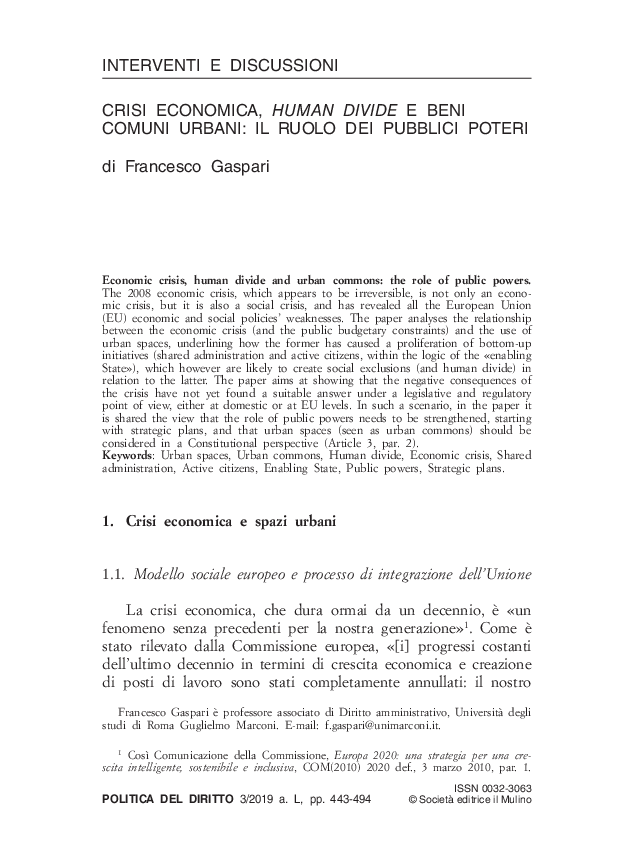