With his last work "Vivere la democrazia" ("Living Democracy") Stefano Rodotà underlines the «anthropological function» of law and its main effect: "establishing human dignity as a fundamentally legal value". Thanks to its «anthropological function», in developing a new idea of human dignity, modern law allowed the transition from a status of subjection to a relatively new status of citizenship and - ultimately - to a full recognition of human dignity as a fundamental, inalienable value for every human being. «Dignity» is no more a specific, somehow magical power ("dignitas") emanating from the King, essentially meaning difference, superiority, power of a person over other «inferior» people, but - in a substantial and almost literal «revolution» - it comes to mean equality, absence of privilege: in a word, «democracy». The new idea of dignity - as expressed in the Universal Declaration of Human Rights - radically overturns the old meaning, inaugurating the new season of the "homo dignus". This process did develop through the «constitutionalization» of human dignity as source both of popular sovereignty and personal identity. 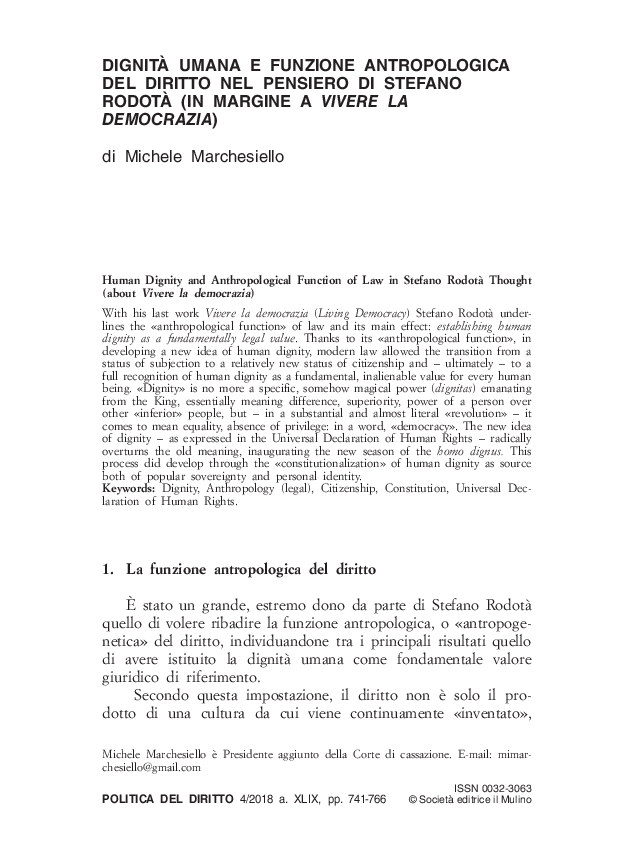