Opening at the end of 1969 - at the beginning of Nixon's presidency - the trial brought to court Yippies, antiwar activists and Black Panthers to face conspiracy and rioting charges arising from the mass protest at the 1968 Democratic National Convention in Chicago. The eight defendants brought into ridicule the entire proceeding, blowing kisses to the jury, wearing fake judicial and police robes, bringing a cake and a Viet-cong flag into the courtroom. In so doing, they inaugurated a new strategy to contrast a clearly political trial, adding to the well known distinction made by Vergès between a «rupture» and a «connivence» technique, the «theatralization» of the trial, compelling the institutional Power to openly reveal, at the same time, its brutality and its ludicrousity. Eventually, the judge ordered Seale, a Black Panther leader, bound and gagged for insisting in representing himself. An array of celebrities witnesses appeared: among them Allen Ginsberg, who provoked the prosecution by chanting «Om» on the witness stand. 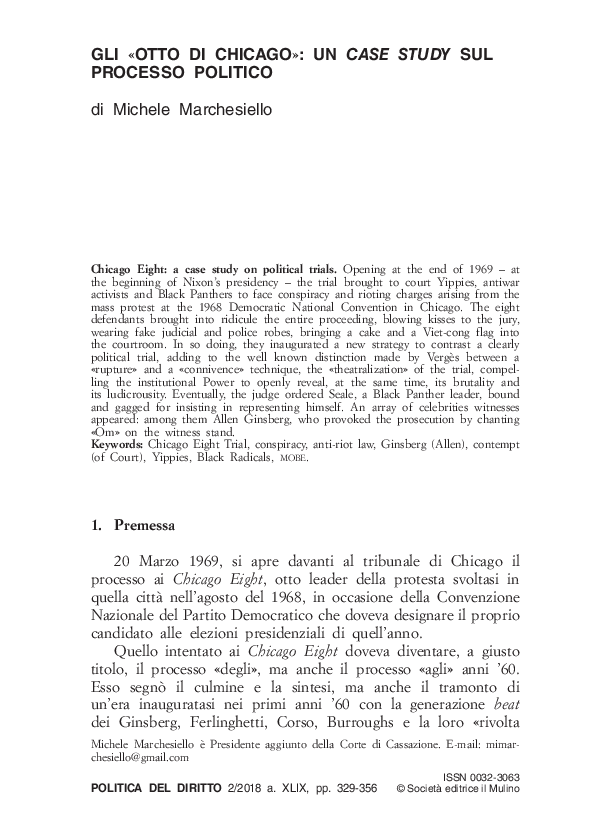