On New Year's Eve in 2015, in Cologne and other cities across northern Europe, 1,200 women were physically and sexually assaulted by some 2,000 men identified as North African or of Arab descent. However, it took an entire week for the event to be made public, once news of it spread on Facebook. The debate sparked by the event was mostly focused on the xenophobia that might be unleashed, overshadowing the question of the sexual assaults themselves. In the wake of the report issued by the German police in the summer of 2016, compiling aggregate data on the event, this article separately considers some of the underlying problems - with an emphasis on the ubiquitous spread of the rape culture, on the one hand, and on the competition that forms in the male homosocial space, on the other - working from the premise that what we are looking at is a complex multifaceted, multilayered phenomenon, difficult to decode, and that we cannot fully grasp it unless we bring a whole range of factors into play: technological, legal, political, and above all cultural. Furthermore, on a more general level, the article asks why, from the outset, there was so much reluctance about bringing the event to the public and having a conversation about it - this to highlight the consequences that may result when information is not forthcoming and the debate is silenced or unevenly balanced. 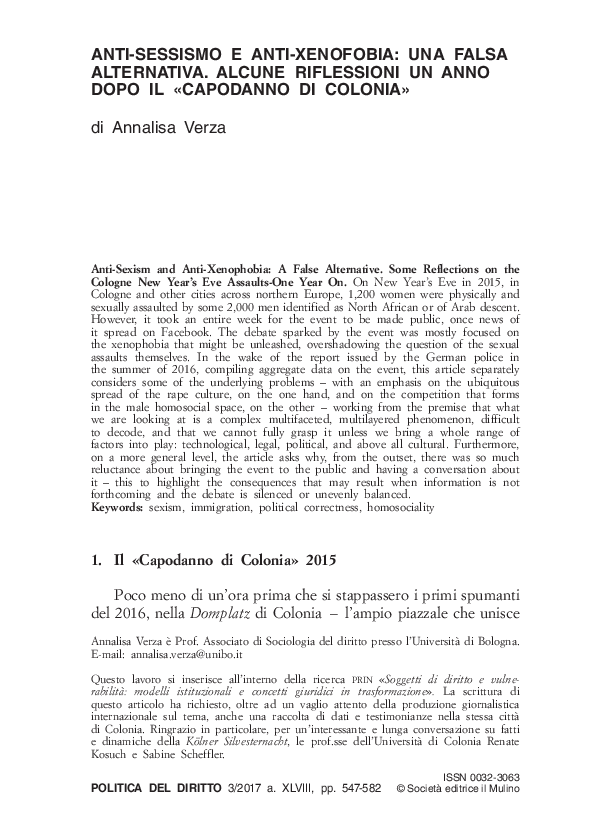