The constitutional models of the relationship between law and belief provided in Italy are crossed and put under stress by new requests for equality. In relation to a constitution that took into consideration the freedom of conscience, in the best meaning of believing in a religion, atheists have claimed the right to access, like the non-Catholic religious groups, to negotiations with the government to conclude an agreement pursuant to art. 8, co. 3. Following such initiative, the Constitutional Court, within the jurisdictional dispute between powers, has set some important principles regarding freedom of atheism, in the more complex framework of relations between freedom of conscience, equality and political discretion. 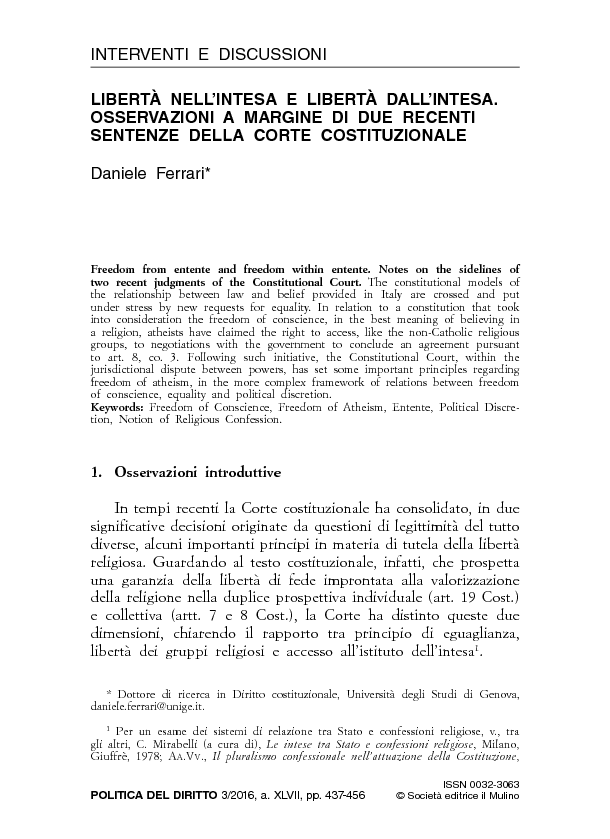