After highlighting that, according to the Constitution, the task of the administrative courts is to protect the rights of individuals vis-à-vis public authorities, the article criticises the case-law of the Council of State which considered NGOs to be entitled to make a claim for judicial review for the protection of general interests. On the other hand, it is pointed out that it is up to the legislator to establish further functions for administrative courts, for example those that concern the dissent of members of the public regarding certain policies. In conclusion, it is proposed to enhance the role of regional ombudsmen for the protection of collective interests 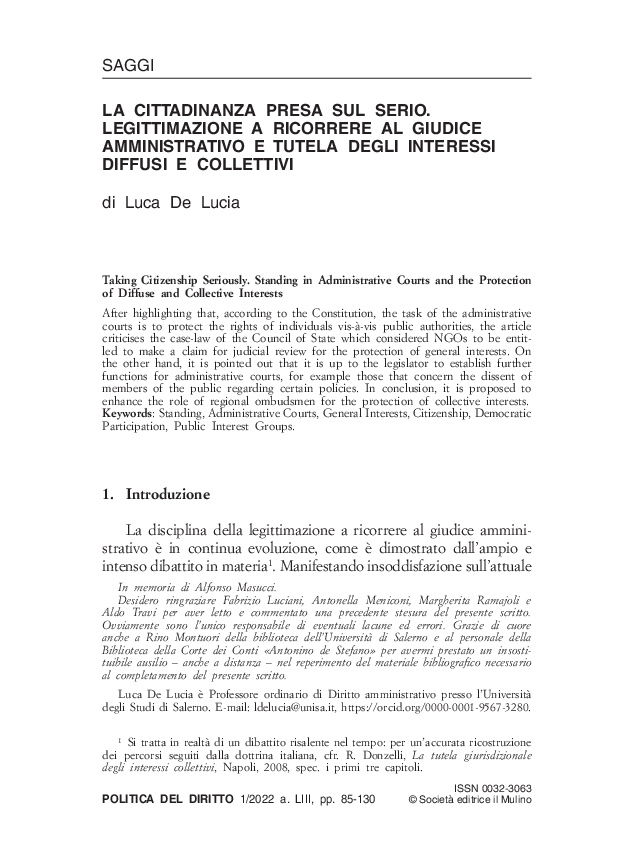