This paper aims to present one of the most impressive lawyers of the sixteenth century, Alberico Gentili, among the fathers of modern international law. Along with Gentili’s work as a jurist, special attention is paid to his contribution to the intellectual debates of his time on questions such as the Reformation, the European colonization of the Americas, the development of the English monarchy into a modern absolutistic state, the role of theology and that of the papacy. 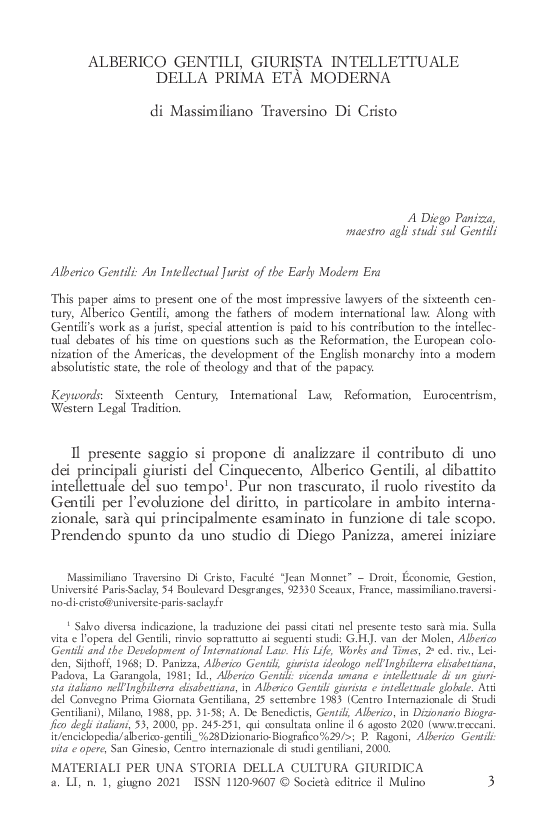