This paper aims to contribute to the study of document, not as a phenomenon regulated by the law, but as a general concept of the philosophy of law. Documents, indeed, play a key-role in establishing institutional and legal practices, which is independent of legal acts. First of all, I try to identify some constitutive elements of documental phenomena; then, I try to highlight the way in which documents can be used in order to construe social and legal reality; finally, I distinguish two types of constitutive role played by documents. In this analysis the theory of “documentalityµ proposed by Maurizio Ferraris is critically assessed: although some of the theses of documentality therein proposed are not entirely acceptable, they contain some useful intuitions. 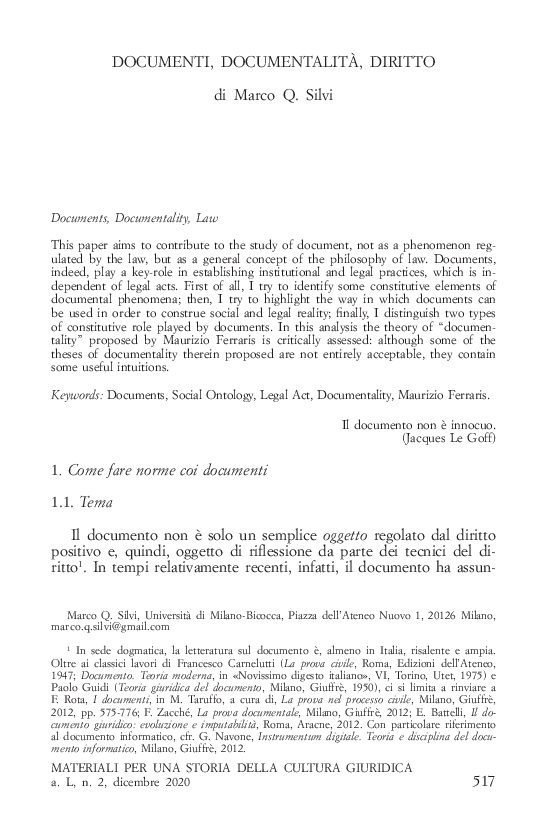