The present contribution aims at retracing in a comparative way the history of legislative reforms to fight the spread of venereal diseases, such as syphilis and gonorrhoea, in the France and Italian legal, social and political context between Nineteenth and Twentieth century. The fear of contagion was strictly interrelated to the problem of regulation or abolition of prostitution, being the prostitutes suspected to be the new plague-spreaders of venereal diseases. For this reason, in France and Italy, not only administrative measures were adopted to regulate prostitution but the need to add the crime of contagion of venereal disease to the penal code was also discussed. 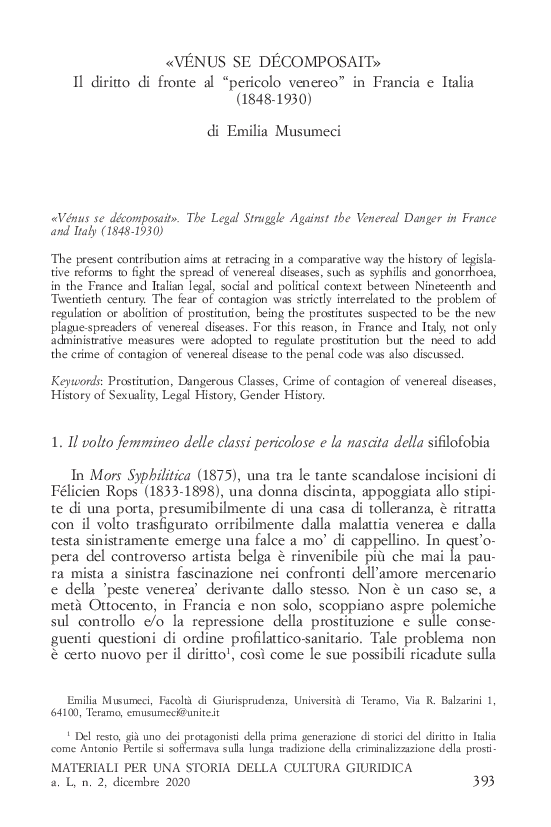