German societies of the late 18th century needed a new legal regulation of domestic relationships, inspired to the great principles of freedom and equality widespread in Europe by that time. The traditional class of ius reale in personis was no longer consistent with these principles, not even within the family system, where human relationships were still dominated by the Herrschaft. Kant deemed it necessary to take this matter further under its various aspects; thus, he planned to start a revolution also in this context, by revising the right of domestic society in an innovative way. Hence, his Stella mirabilis, the personal right of a real form, was born. It was a new phenomenon in the 18th century juristic sky, behind which, however, is hidden a long and troubled speculation developed through original and less original ideas, which have not been completely interpreted or deciphered by historiography. Therefore, the present work intends to retrace the most important phases of such speculation and make light on their most controversial aspects. 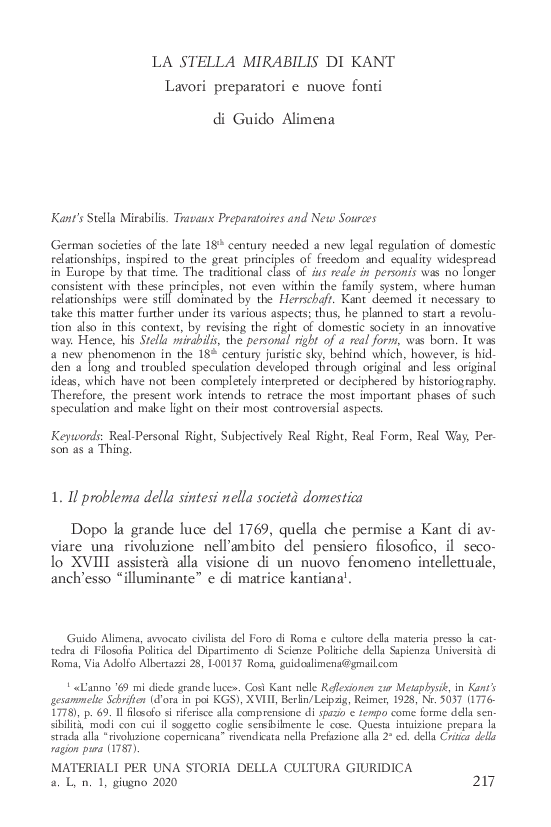