Resulting from a three-year research project focused on judicial cosmopolitanism this article is devoted to the use of foreign law by the United Kingdom Supreme Court. With the term “foreign lawµ one is referring very specifically to judgments of foreign courts, foreign statute law and legal scholarship. Use of the European Convention on Human Rights (ECHR), EU law and other international legal materials other than the ECHR and EU law are not taken into consideration. The article is divided into three sections. The first section builds upon existing legal scholarship devoted to this topic, while the second section consists of a quantitative analysis of the case law handed down by the UK Supreme Court between January 1, 2016 and April 11, 2017. The third section is devoted to the conclusions where the article ends by affirming that a more systematic and harmonious use of foreign law would probably be more likely if the Court were to acquire a comparative legal and linguistic expertise. 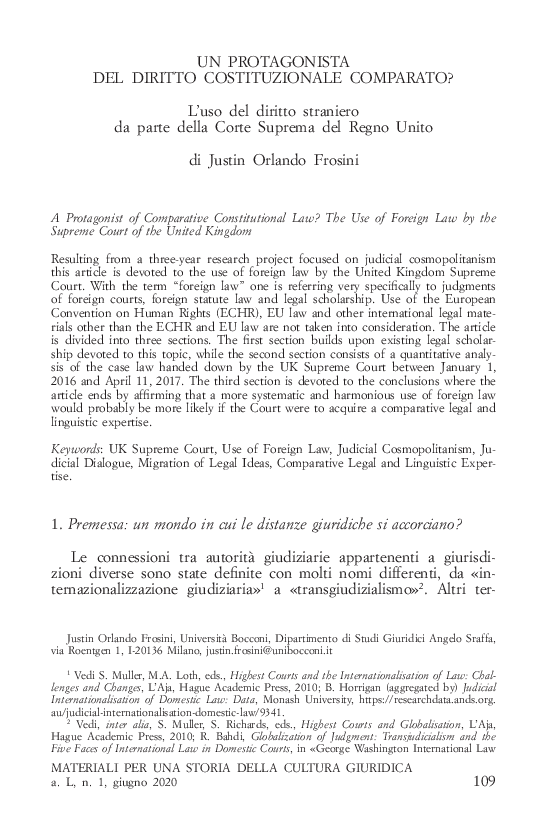