The settlement of the UK Supreme Court in the British constitutional system can be seen as the most striking novelty under the Constitutional Reform Act 2005. It is in charge of a conspicuous adjudication in the fields of a British public law that, under the aegis of the Human Rights Act 1998 and the devolution Acts in the constituent parts of the country, has increasingly turned from the traditional “unwritten constitutionµ into a partly codified one. By the two basic cases now very well-known as the Miller (2017) and the Cherry/Miller (2019), the Supreme Court delivered a high arbitrage toward the actual balance of the relationships between the British governing institutions within the chaotic scenario of the Brexit, so acting as a keen defender of the sovereignty of Parliament against the prime ministerial power and its misuse of the Royal Prerogative. That’s why, though we cannot really say that it is an official “constitutional courtµ, no doubt it is worth to acknowledge that, according to a survey of its ten year’s adjudication on basic rights, devolution and institutional cases, the Supreme Court eventually looks like that. 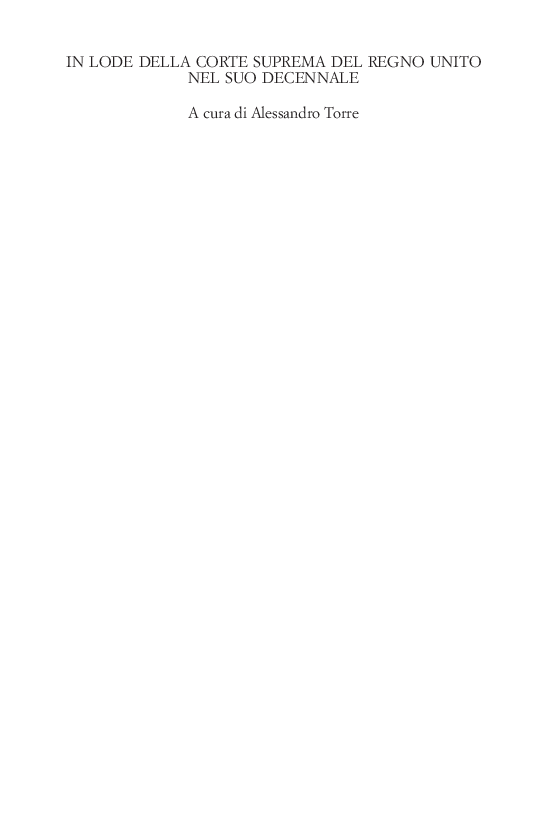