A typical expression of the "indulgentia Principis", individual clemency has been severely criticized at the dawn of modern criminal law. It was not only a theoretical opposition, but rather implemented in practice, for example, with the reform of the Tuscan criminal legislation of 1786. Despite the condemnation of the Enlightenment, the pardon survived, gathering over time a wide range of stratified critical opinions. Just when one of his "transfigured" versions seemed to be placed - not without com-promises - within the rule of law, the Italian Constitutional Court, in 2006, restored the image of an unquestionable and politically irresponsible power. So, what is the genome - its provenance, its nature - so resistant within the institute? Could it perhaps be a "different" pardon, deprived of its original characteristics (which represent its very foundations)? Is this really an irreplaceable remedy, for the penal system? 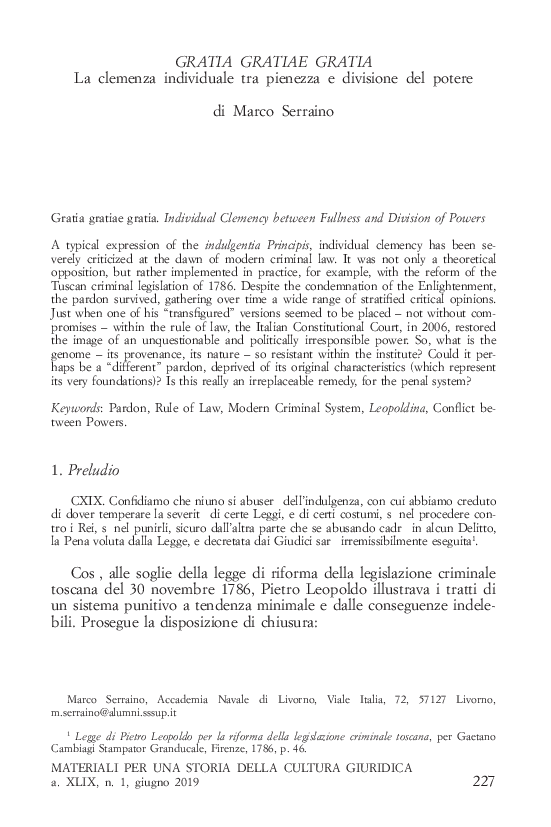