It is sometimes maintained that states should open their borders to immigrants for the following reasons: there are unjustified inequalities among citizens of different states; open borders provide a relief to those inequalities. In this article I deal with such a position. First, I argue that, if we admit that equality requires free transnational movement of people, then we should also admit that equality requires free transnational movement of goods and capital as well; in fact, the consequences of free movement of people, goods and capital tend to be similar. Second, I show that those consequences may be contradictory: on the one hand, more equality among citizens of different states; on the other hand, more inequality within the states. The conclusion is that it is possible to be an egalitarian and to disagree with a wide-open borders position. 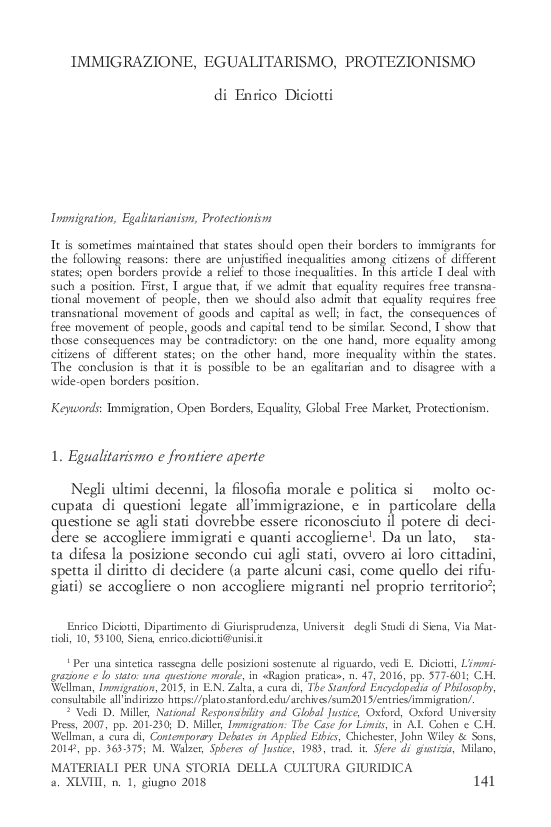