The growing phenomenon of poverty, which touches even the richest of states, is an unknown universe. E. Grande's book analyzes this universe in the United States, investigating how the law in all its manifestations (statutes, courts' opinions, municipal orders and injunctions, and so on) has become increasingly less poor-friendly from the 1970s onwards. She explores how this has worsened the situation not only of the unemployed, but also of those in work, in a labour market without guarantees and a property market frequently difficult to access for low-income groups, especially in big cities. Poverty is analyzed in all its multiple facets, both as a deprivation of basic necessities (food, clothes, medicine and, crucially, a home) and a tortuous path fraught with risk, from dangerous behaviours to prison. 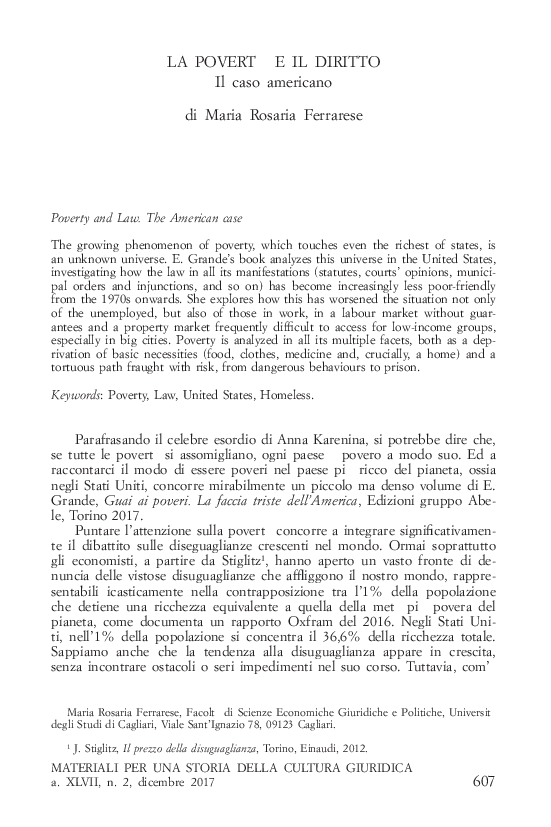