In "Thinking like a Lawyer", Fred Schauer defends the thesis according to which one should not conflate precedent and analogy, since both have different aims and work in different ways. In particular, precedent preempts axiological considerations about which would be the best solution for a legal case by imposing a certain solution to subsequent legal questions, whereas analogy is a persuasive tool in order to reach what appears the best solution to a certain legal case. By disentangling different meanings of "analogy" and "precedent", I show that, though Schauer is no doubt right in holding that precedent and analogy are many times different, there are some important conceptual connections and similarities between both. In particular, I show that, regarded as arguments, analogy and precedent, rather than being neatly separated, are best understood to be on a continuum going from the formulation of a general rule to the derivation of a solution from general principles of law. 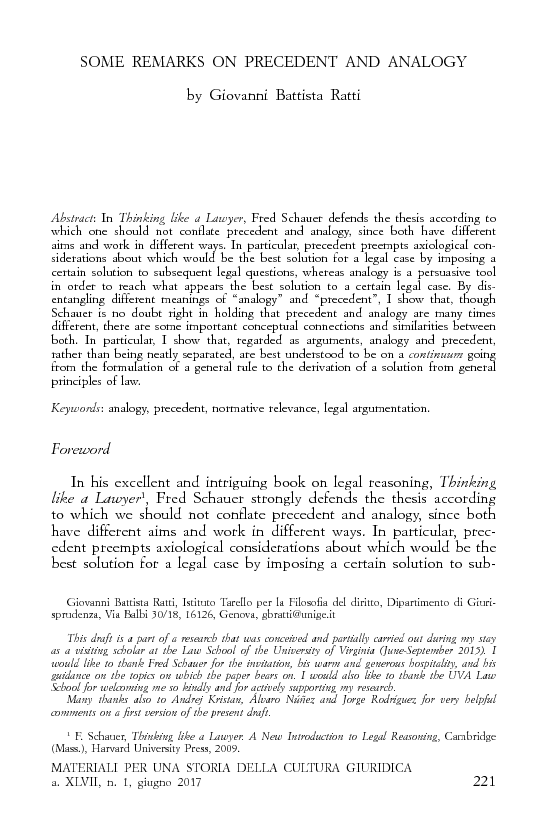