The influence of Claude-Adrien Helvétius on the thought of Jeremy Bentham is usually considered as evident and indisputable, also due to Bentham's acknowledgment of the French thinker as one of his main masters. However, on a closer look the theoretical influence of Helvétius's own ideas on Bentham almost seems to shrink to irrelevance, since the latter had received those same ideas - often expressed with more detail and rigour - also from other authors. Nonetheless, this article argues that the fundamental idea that correct moral judgment should not take motives into account is a genuine Helvetian legacy into Bentham's moral theory. This assumption is one of the bases of Bentham's liberalism. However, due to the rejection of psychological egoism, as well as to the influence of Hume's and Smith's account of sympathy, Bentham's theory leaves room for social bonds which could and should limit the legislator's power, and, therefore, characterizes as more liberal than Helvetius's. 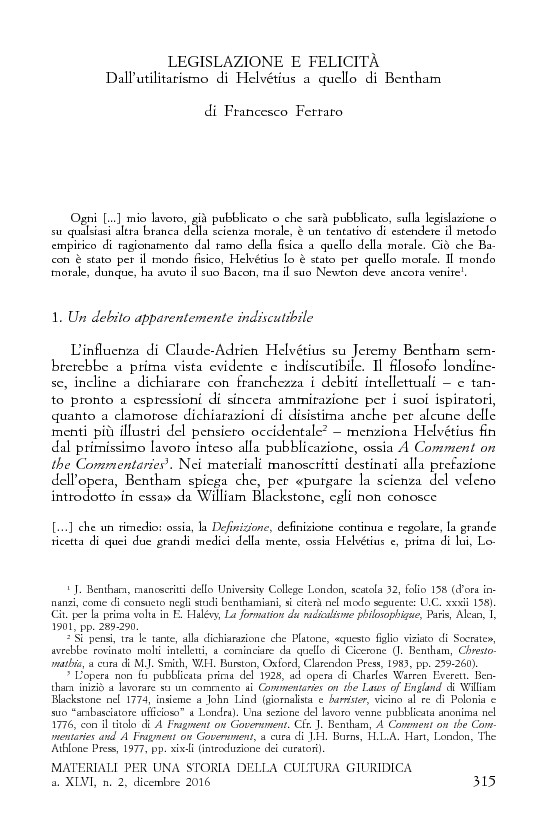