The word «citizenship» evokes an elaborate semantic universe. In her book "Cittadini e no", Patricia Mindus bravely ventured into this babel of languages with the aim of holding together the different roots of the reflection on citizenship. Starting from her suggestion about a «functional theory of citizenship», this paper tries to discuss the largely «functional» nature of the political choices of countries which provide the right to citizenship of anyone born in the territory of the state (ius soli). The article analyses the evolution of the rules concerning ius soli in the United States and in Europe, and focuses on the reasons which caused legislators to introduce strict limitations to this way of acquiring citizenship. In recent debate, these reasons are often intertwined with those of migration policies. Thus, it might be reasonable to renounce the traditional international law principle of "national monopoly" in citizenship legislation, and submit the different ways of acquiring national citizenship in European countries to some harmonization procedures by EU regulations. In any case, we need to know more accurately the concrete mechanisms through which, in single countries, we become citizens, and of the perverse consequences of an incoherent legislation, in order to organize the Italian political debate on a firmer basis. 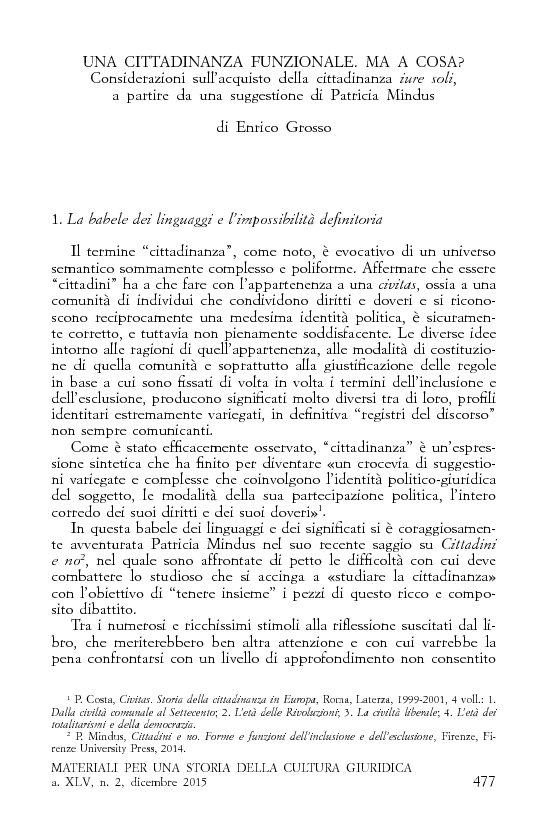