Since the early twenties, Fascist Italy conducts an extensive and continuous propaganda and promotes investments and facilities to improve the health of the population. According to Mussolini, the political strength of the State is based on the measure of population growth and on the improvement of the physical average constitution of the members of the national community. Medical theories, practices of prophylaxis and legal rules, which go up to the Criminal Code, are combined to defend the Italian stock. However, when, in the late thirties, the regime adopts the racial laws, in public communication the term «stock» is replaced with the word «race». The meaning of this word, despite the persistent claim to the contrary, is quite different and marks a break with the politics of health conducted until then. From the original defense against disease, the country moves towards the construction of ethnic purity, which assumes, in a gradual crescendo, the relief of a fatal myth of identity. 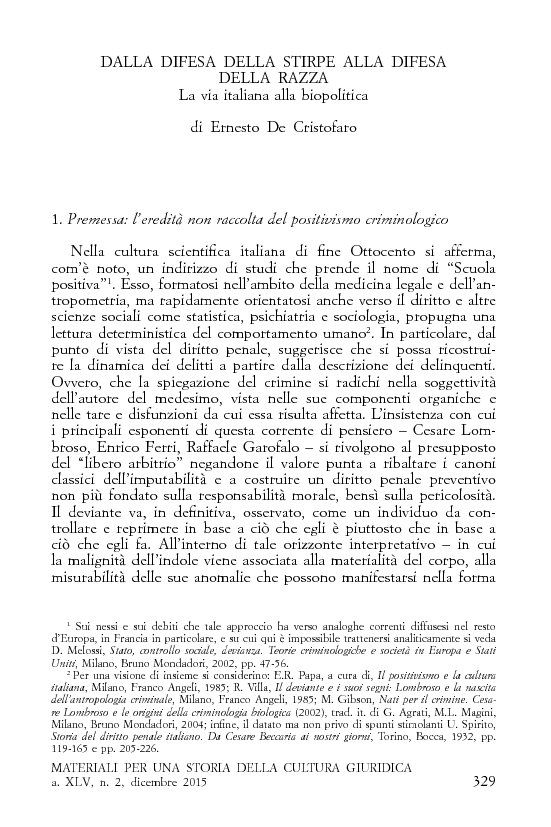