In the context of Weber's "Sociology of Domination", the term «patrimonialism» begins to be used relatively late, in 1914, as a form of traditional domination. It cannot be identified with the mere domination of the «father». In this article, its conceptual definition, which owes its basic characteristics to Haller's and Below's theories, is investigated in its classical roots. Patrimonialism turns out to be a problematic concept, which wavers between an «economic» matrix and deep consequences in terms of political subordination, which cannot be limited to pre-modern age. Its echo is still to be found in the Weberian interpretation of the twentieth century Welfare State. 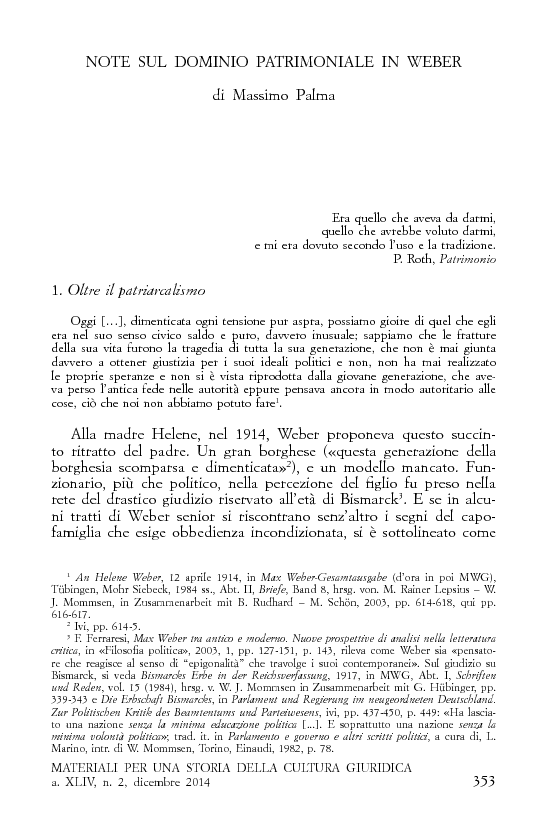