Harriet Taylor has been long forgotten as an intellectual, while merely remembered as John Stuart Mill's intimate friend and late wife. Never was fate more unjust: we only need to recall that Taylor was one among the best partisans of women's rights throughout the Victorian Era. Not to mention, moreover, the lengthy reflections on social mobility, individual liberty and female participation to the labour market she developed in a number of public and private papers, among which Enfranchisement of Women (1851) stands out. This essay aims at rediscovering her moral, legal and political philosophy by suggesting that its original feature lies in the emphasis she placed over human flourishing and self-reliance, something that was likely to be gained by women as well as the labouring classes and, in the end, every individual regardless of gender and breeding. 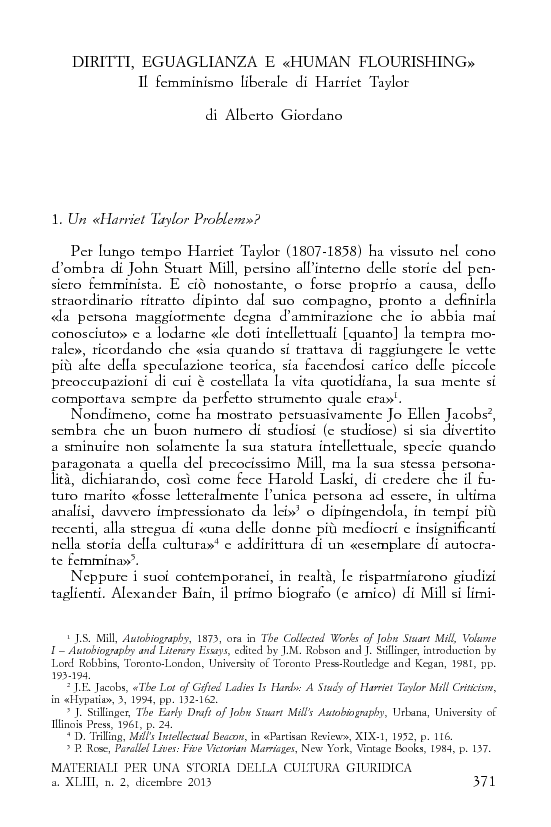