In 1890, Francesco Saverio Merlino, an Italian anarchist exiled in France, publishes in Paris the book L'Italie telle qu'elle est, which is one of the best surveys of the first years of the Unity of Italy. The paper presents and briefly discusses such a book and the portrait of Italy it provides. It also deals with Merlino's theoretical ambitions and libertarian political project, which stem from the analysis of the failure of a period of fight, which had been regarded as an occasion for civil and social recovery. 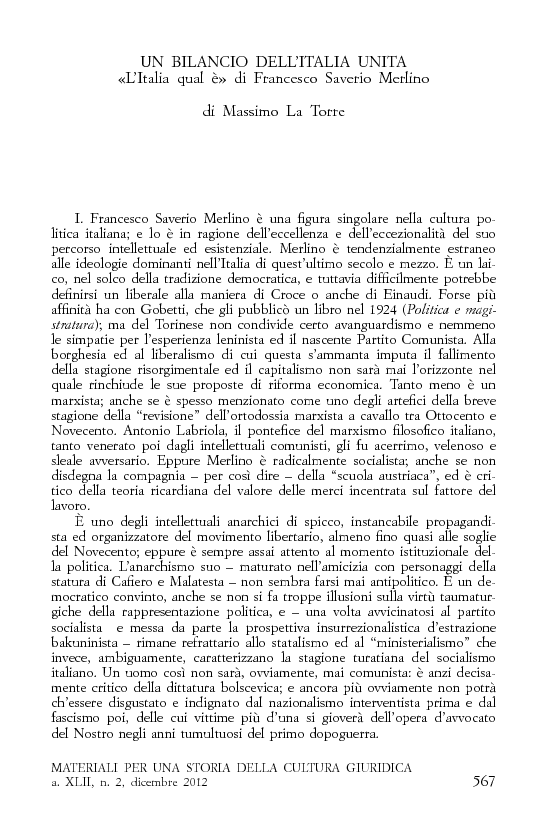