In this article the author disputes a) that Kelsen's pure theory is of Kantian derivation and b) that it might be somehow considered a form of legal re¬alism. It is not Kantian because transcendental philosophy postulates a con¬nection of the intelligible and the sensible (pure theory, on the other hand, excludes experience from its field of enquiry). And it is for the very same fundamental reason that it cannot be defined realist either. Neither can the fact that Kelsen recognises interpretive activity as creating law contribute to qualify it as such (as, instead, the Genovese law school of analytical philosophy argues). In traditional legal realism, and particularly in Giovanni Tarello's thought, the assumption of the creating role of interpretation is simply the premise for a historical-sociological enquiry on concrete legal cultures, from the past as well as from the present. It is with this goal that legal realism has always coherently fought the pure theory of law (as any other form of analytical jurisprudence), in the name not of an autonomous legal science, but one integrated with social sciences. 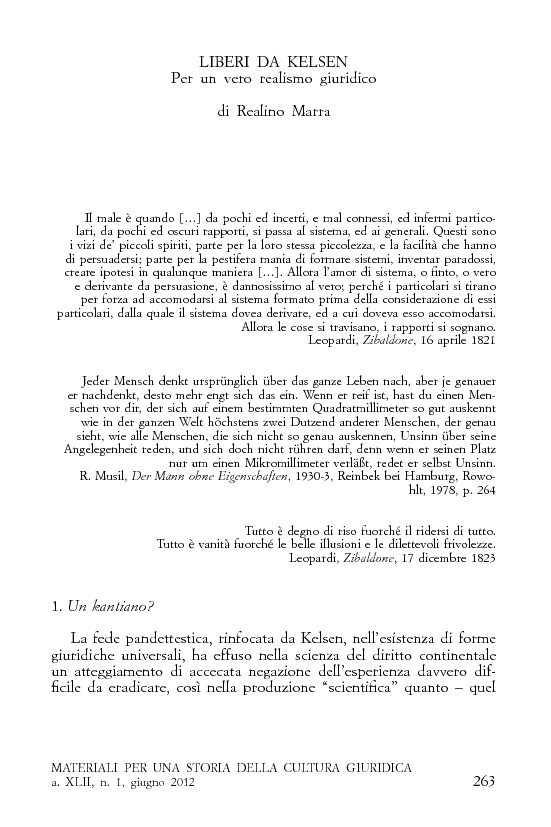