In order to make a contribution to a theory of legal act, this paper investigates the specifically temporal aspects of the legal acts, starting from some Luigi Bagolini’s reflections, in particular from the distinction between two notions of time constructed with an original reworking of Bergsonian notions of spatialized time and qualitative time. In the light of this distinction, it seems possible to identify a constitutive dimension of time in legal phenomena, that allows to deepen: (i) the minimum constitutive elements of speech acts (such as promise, order, forgiveness, surrender, accusation, judgement, exchange, gift, etc.) that are part of plurality of legal acts; and (ii) the relationship between the concept of legal act and the concept of legal proceedings (i.e. a logically and chronologically ordered series of legal acts), highlighting the conceptual autonomy of the legal acts involved in the procedural sequence. 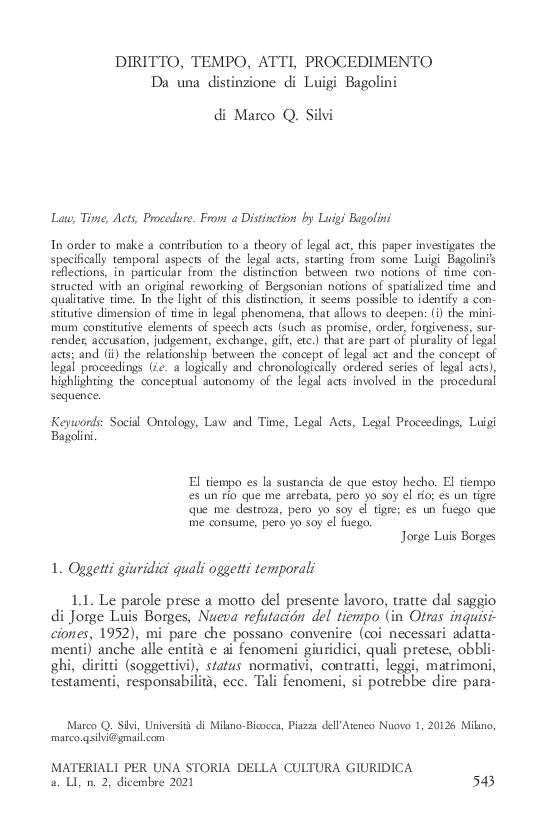