The article outlines the historical series of social configurations of disability that emerged in Europe between the end of the 19th and the beginning of the 21st century and have imprinted their mark on juridical culture. The reconstructive hypothesis is that for about a century the social question of disability has been articulated around a problem of being; in the course of a calendar little more than a hundred years, which has not yet been exhausted, the possibilities of the existence of disability have been repeatedly questioned. Thus, four configurations of disability are extracted, focusing, in sequence, on being, non-being, the right to be and the right to being-there. 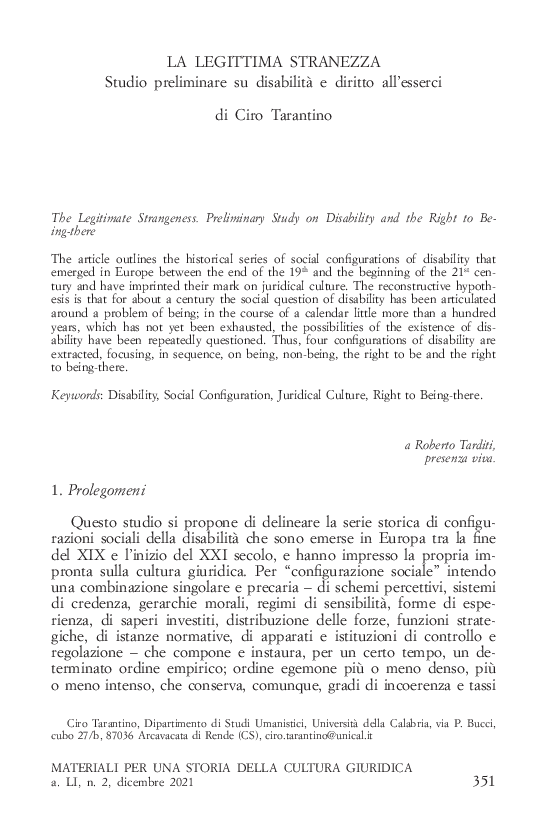