The aim of this work is to highlight how, among the different souls in which Tocqueville’s thought is articulated (the liberal, the republican, the counter-revolutionary), a not inconsiderable place is occupied by political realism. In fact, Tocqueville embraces (and contributes to define) the main indicators of realism: the rejection of the social contract theory, the impossibility of rationalizing social conflicts, the inequality between individuals as a founding feature of humanity, the limits of legal architecture in the face of the problem of evil and finally a marked pessimism on the ultimate fate of human communities. However, as the paper aims to demonstrate, it is a particular kind of realism, which partly harmonizes and partly collides with the permanence of the fundamental value of freedom. 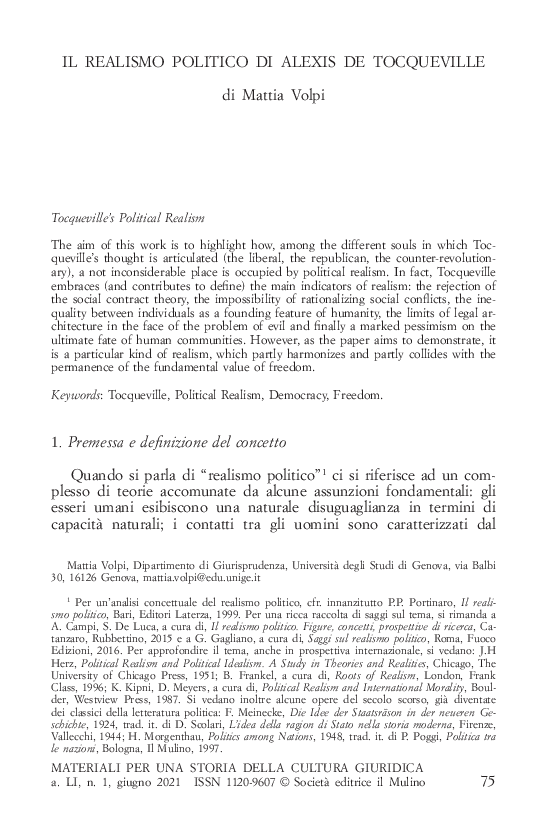