This study aims to investigate the impact of the consolidation process on the performance of Italian mutual banks during the time period 1999-2013. To assess bank performance, both ante and post Mergers and Acquisitions (M&A), the article uses the partial frontier approach namely order-a together with financial ratios. The empirical results show that banks bail-out requirements, in terms of a lower performance, prevail and lead to mergers through acquisition operations. Merger operations, instead, are much more related to other determinants such as improvement both in profitability and efficiency. Moreover, mergers seek to improve operational conditions, productivity and a major exploitation of a bank service area. 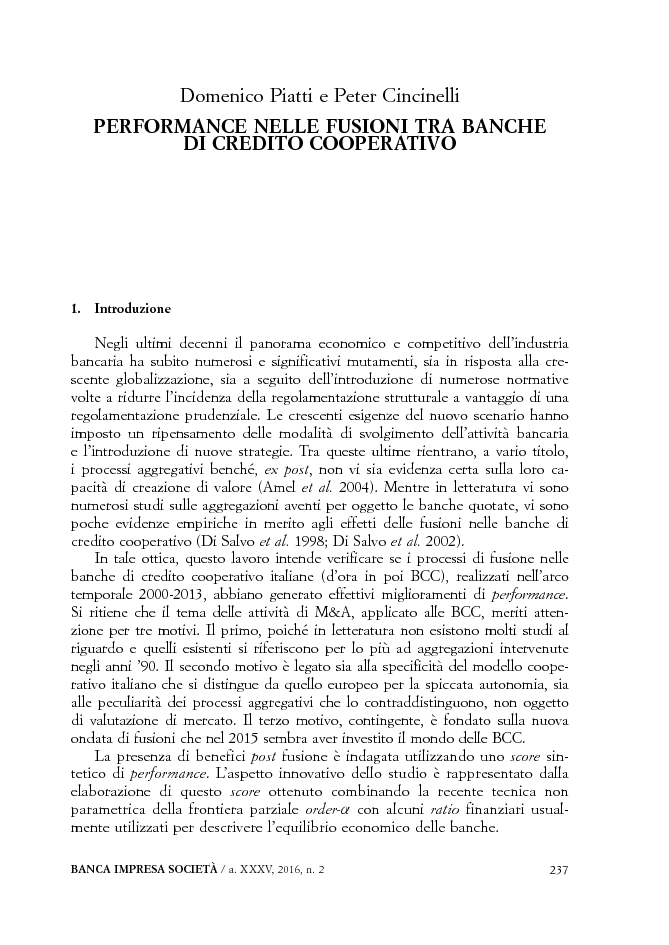