The considerable uptake of Bitcoin on a worldwide scale has brought to light the risks associated with its use. While virtual currency - Bitcoin being a prime example - is on the surface similar to electronic money, the difference between the two forms of currency in the law is quite significant. The latter form (electronic money) is a digital embodiment of legal tender, and as such is subject to the laws of the issuing government. Bitcoin, by contrast, is an alternative to legal tender untethered to any national currency. And it is precisely its status as a freestanding currency that makes it problematic: the speculation it encourages has exposed it to high volatility, and since cryptocurrency is traded independently of any financial brokerage, its use has lent itself to illegal activities. So, too, the anonymity of Bitcoin, coupled with the peer-to-peer technology it rests on, has so far frustrated all attempts at subjecting it to any regulatory framework. This article argues that in virtue of the ability of bitcoin to elude any attempt at national regulation, an international effort is needed by which to pierce Bitcoin's veil of anonymity so as to make oversight possible and prevent virtual currency from being used for illegal purposes. 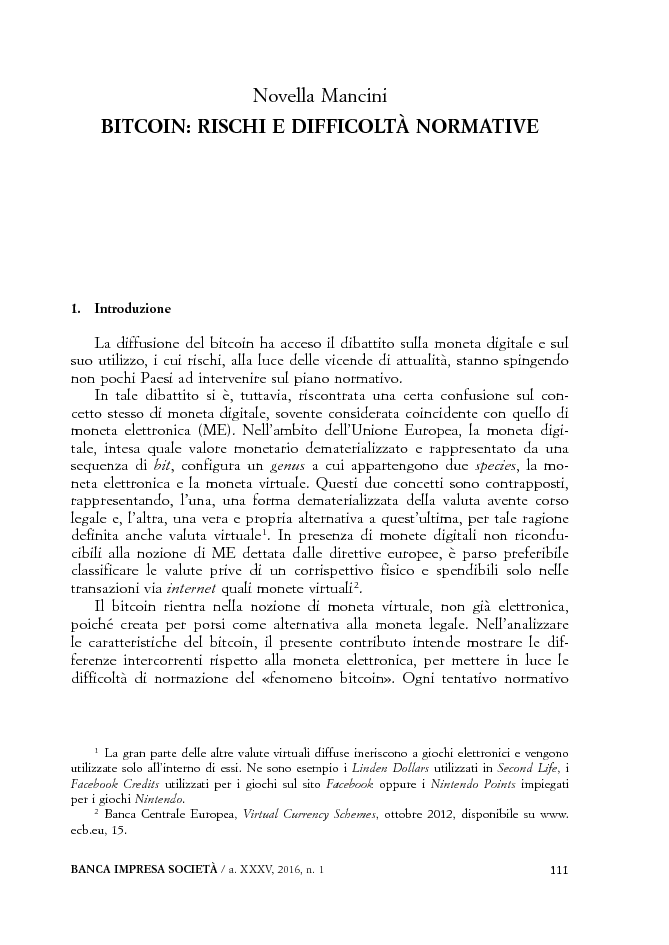