In February 2008 the British Treasury nationalised Northern Rock, the mortgage lender that had experienced severe financial difficulties in September 2007 when it was forced to ask emergence liquidity assistance from the Bank of England. The paper, by means of the company annual reports and accounts, first tries to reconstruct the rise and fall of the institute and then analyzes the institutional arrangements in place at that time to understand which Authority, if any, should have taken the lead to govern the crisis, whether depositors were adequately protected in case of a bank run and where the Authorities failed to efficiently supervise the bank. 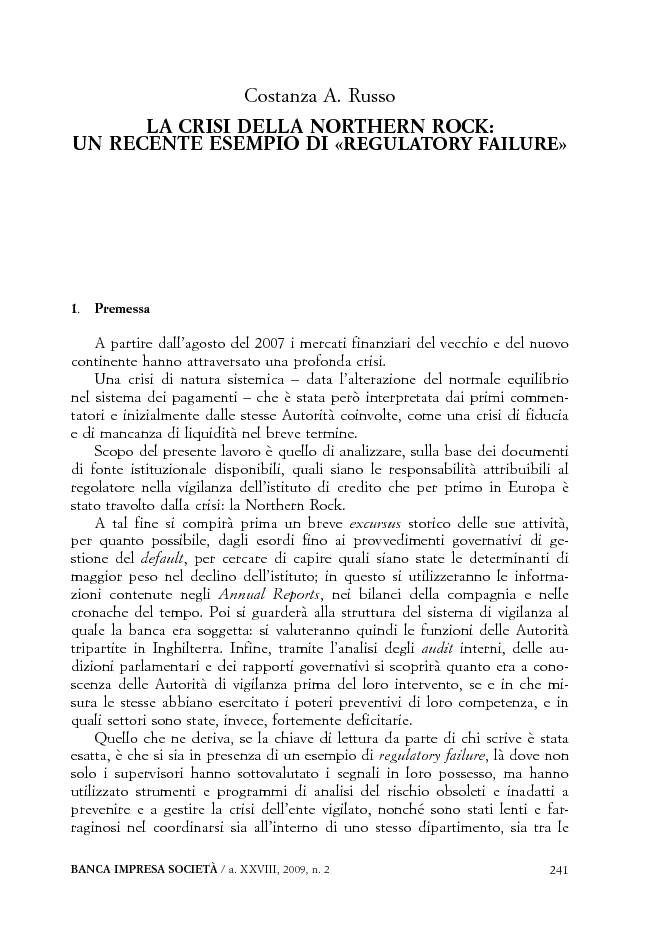