At the outset, the paper, in order to demonstrate that some current views may be criticized, sets a comparison between those tasks of the Energy Authority - AE (taken as an example of public utilities regulator) and of the Antitrust Authority - AGCM which would prove the necessity of the independence only for the AGCM. Secondly, the historical and juridical peculiarities of the field regulated by the AE are sketched out. The energy industry is an old monopoly whose liberalisation is still in progress and where competition needs to be guaranteed and enhanced. At the same time, the energy undertakings have to take care of some different public interest, that is they are entrusted with the operation of services of general economic interest, in the meaning of art. 86 ECT, so that the rules on competition are to be applied in so far they do not obstruct the performance of the particular tasks assigned to them. Thus, it should be the duty of AE to issue the regulatory measures which are necessary, on one side, to guarantee and enhance the competition (first of all ensuring non discriminatory access to the network and other essential facilities) and, on the other side, to make sure that the principle of proportionality is respected when the public interest - which is to be established by the political powers not by the Authority - interferes with the economic competition. Both tasks - the author maintains - demand the independence for the Utilities Regulator Authorities no less then for the Antitrust Authority. 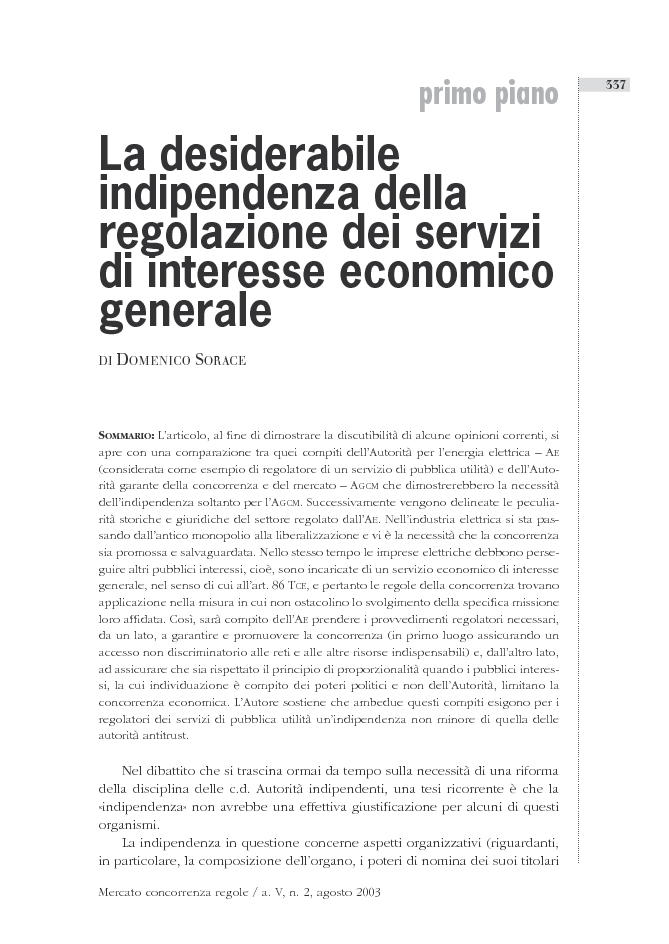