It took the Bundeskartellamt three years to impose on Facebook the obligation to stop gathering and processing personal customer data in so far as originating from third party (i.e., non-Facebook) sites. The BKartA held that data protection violations, performed by a firm holding a dominant position, may amount to a violation of the monopolization provision of § 19 of German competition law (Gwb). Only a few months later, however, the Court of Appeals of Düsseldorf has temporarily suspended the decision by casting serious doubts on the reasoning followed in the BKartA’s decision. The difference in approach is substantial. The three-hundred-page long BKartA decision is remarkable for the depth of the analysis of the underlying facts which, based on a fundamental belief in the redeeming virtues of free markets, go as far as turning a (possible) data protection law violation, albeit with evident market repercussions, into a full-fledged antitrust violation. The Olg’s order, however, firmly grounded in German scholarly research and focusing on the issue of causation, presents, with a similar level of precision and in-depth analysis, a theory of abuse as a violation necessarily connected to the exercise of a dominant position. 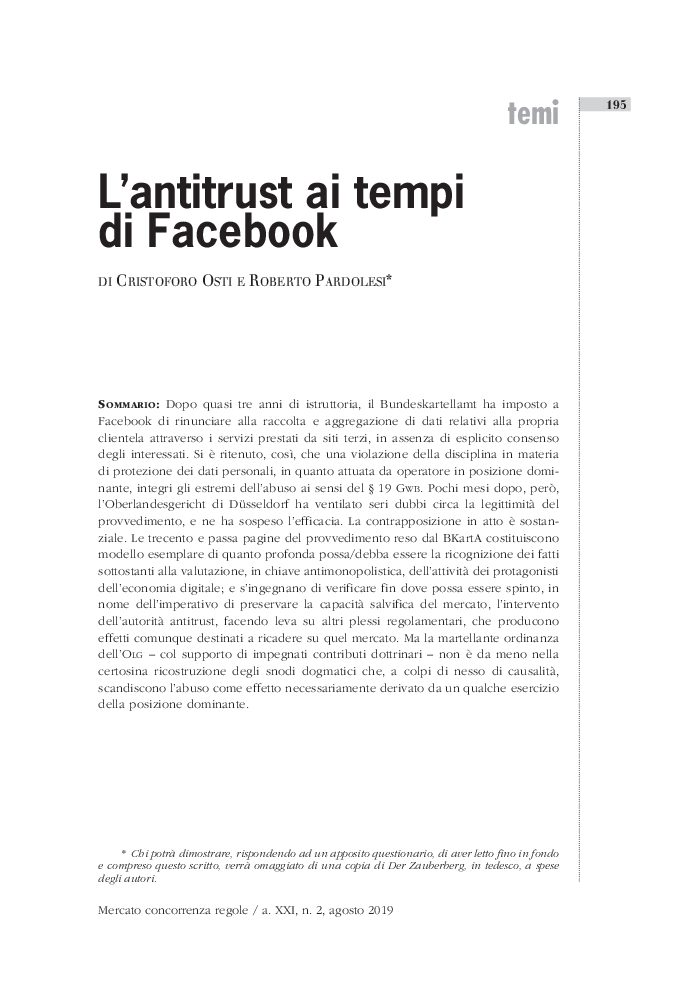