The British regulator for telecommunications and postal services, OFCOM, with the decision imposing a 60 million fine to Royal Mail, calls into question the elaboration so far received concerning the abuse of dominant position "sub specie" of price discrimination. Instead of sticking to the dichotomy between primary discrimination (between subjects belonging to the same level of the production/distribution chain, with deployment of the as-efficient-competitor test) and secondary (downstream distortion, with competitive disadvantage to be detected on the basis of the analysis of «all circumstances»), OFCOM outlines a hybrid price discrimination (hybrid because it participates in aspects of the one and the other) to be appreciated with reference to «all circumstances» in a case where a tariff plan, announced, but never applied, had led to the exit from the market of a competing operator. The review of the use of the as-efficient-competitor test raises doubts and stimulates further reflections, even from a continental perspective. 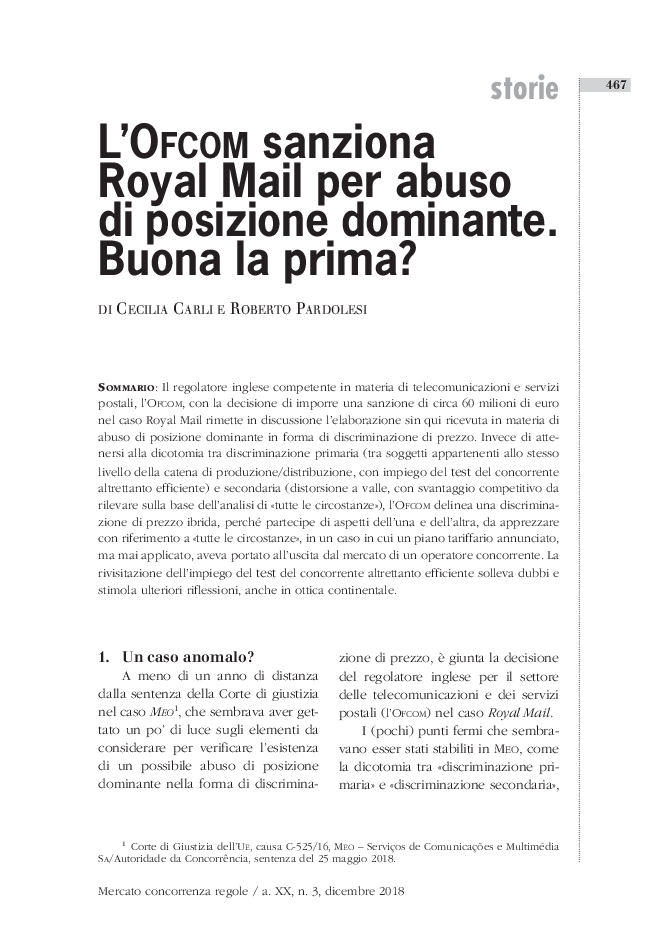