The deployment of Nga networks, competition from cable networks, technological convergence and a wave of M&A activity in the sector have contributed to the emergence of «oligopolistic» markets. In this context, the question has been raised as to whether the existing Eu regulatory framework, based as it is on the Smp framework (which traditionally covers single-firm and joint dominance), is suitable for dealing with oligopolies, or whether new regulatory tools are required. The article examines whether such calls for new regulatory tools are justified. The key findings of this article are that: regulators should not be concerned by the rise of oligopolistic market structures since these structures are primarily being driven by desirable infrastructure-based competition; expanding the regulatory toolkit to include unilateral market power (Ump) or expanding symmetric access obligations will increase the risk of over-regulation, introduce uncertainty, and diminish investment incentives; and the criteria for establishing joint Smp are sufficiently understood in case law and economic theory. An «enforcement gap», if any, is small and does not need to be addressed by additional ex ante regulation such as Ump or expanded symmetrical access. 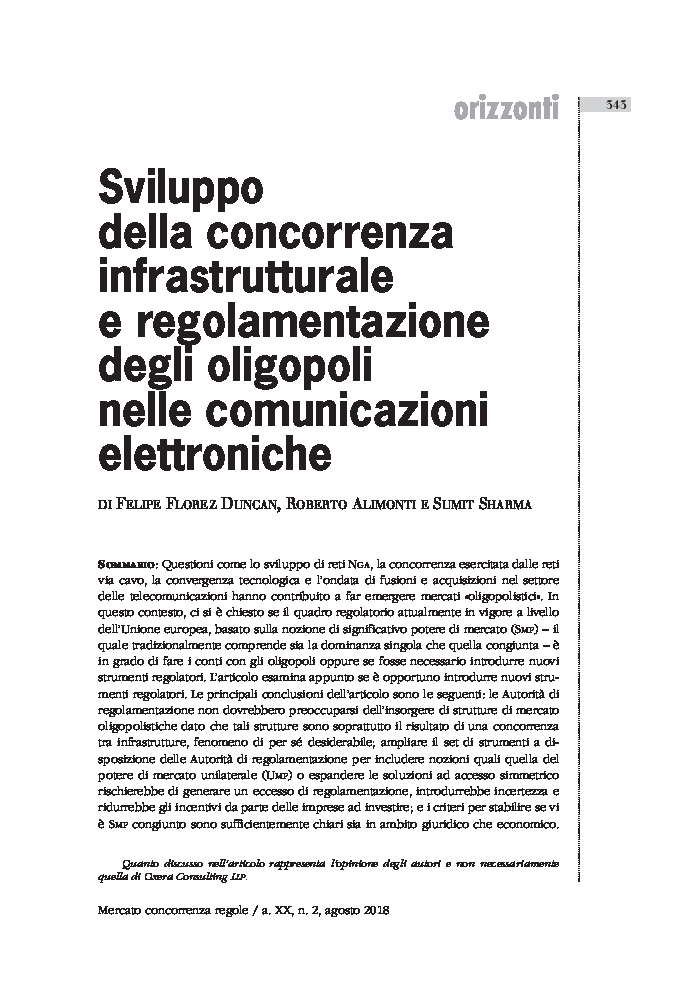