Selective distribution has a European record, to say the least, complicated. In the past, a dividing line was dictated between its qualitative version, compatible under certain conditions with the anti-monopoly discipline, and the quantitative one, strictly prohibited. With the «Christmas regulation» of 1999 (and its 2010 epigone), the problem was partially reabsorbed within a unitary, economically oriented approach, based on the market power of the involved operators. Nonetheless, inconsistencies continue to emerge at every turn, accentuated by the difficulty of adapting the traditional framework to the new dimension of online distribution. The ruling given by the EU Court of Justice in the "Coty Germany" case circumscribes some contradictions triggered by the precedent of "Pierre Fabre". But the scenario is still stormy. 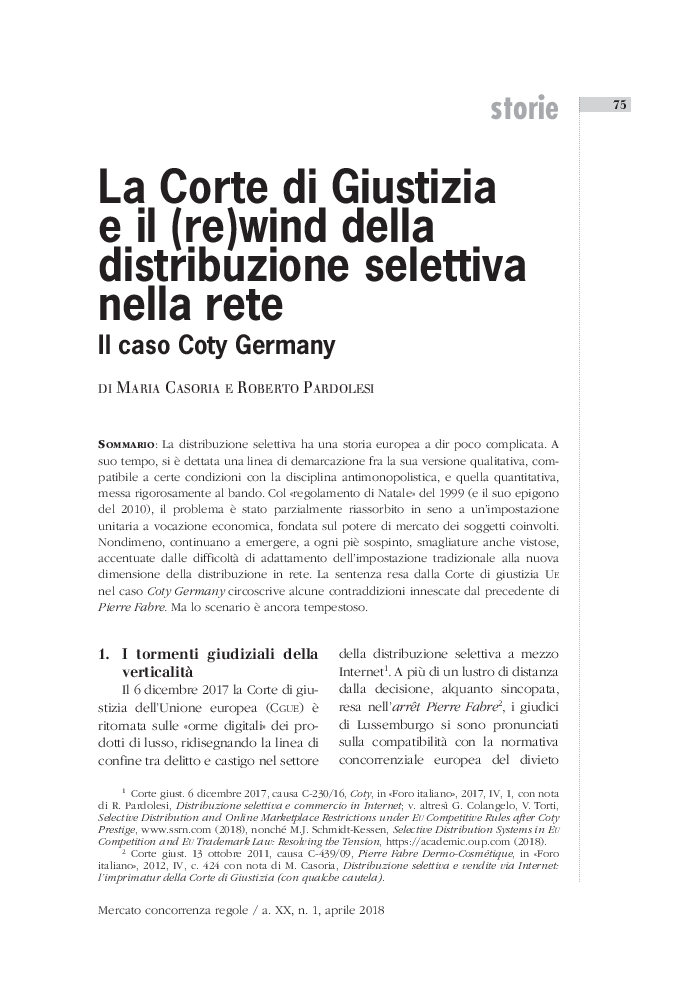