In January 2017 the Italian Highest Administrative Court (Consiglio di Stato) backed the decision of the Italian Competition Authority (Ica) regarding an episode of bid rigging in the market of school cleaning ("CONSIP - Pulizia delle scuole", I/785). The relevance of this case cannot be neglected not only because it represents the most important episode of bid rigging ever discovered in Italy ( 1.6 billions) but also because of the use of screening tests by the Ica. Such tests revealed bid patterns which triggered the ex officio start of the investigation and motivated, in combination with other evidence, the final decision too. Administrative judges considered this sort of evidence suitable for reaching a guilty verdict in a bid rigging case, when complemented by concordant documentary evidence. However, administrative judges reduced the level of fines, originally fixed by Ica at  113 million, to  32 million. In this paper it is suggested that the appropriate deterrence could be reached by recurring to what could be defined as public private enforcement, that is legal action by contracting authorities aimed to recoup damages caused by anticompetitive conduct. 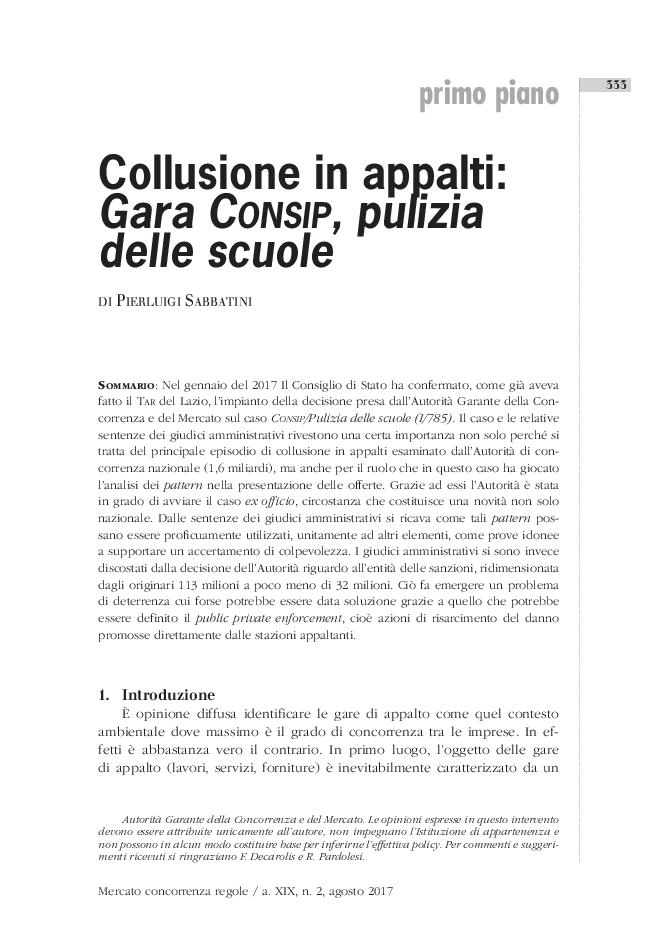